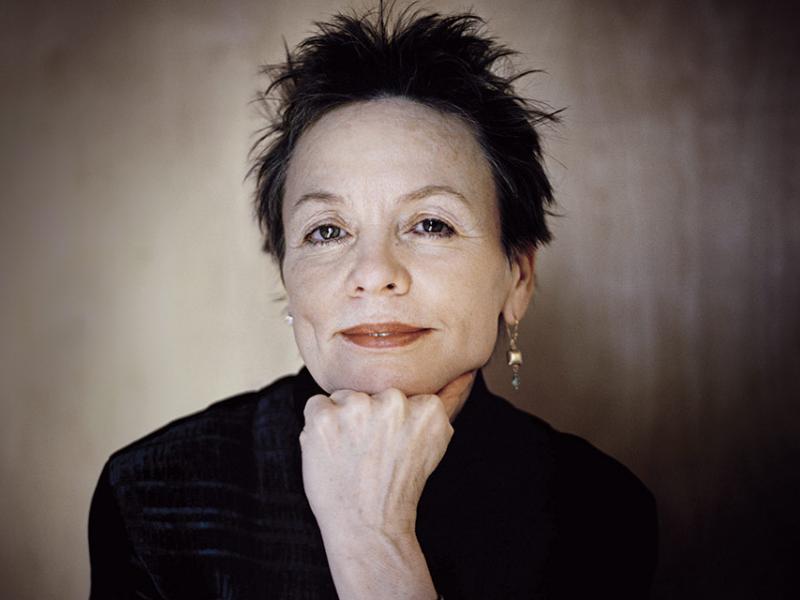 The Curtis R. Priem Experimental Media and Performing Arts Center (EMPAC) at Rensselaer Polytechnic Institute announced today that Laurie Anderson has been named the inaugural distinguished artist in residence at EMPAC for a three-year term beginning later this year.

As one of America’s foremost contemporary artists; a persistent experimenter at the intersection of performance, media, and technology; and an inventor of tools and instruments, Anderson and EMPAC’s exceptional research and production environment for adventurous new work are an ideal match, according to EMPAC leadership. The residency provides Anderson with wide access to space, technology, and support for creative experimentation, but just as important, brings the artist into ongoing dialogue with students and faculty at the nation’s oldest technological university.

The residency is project-based and will include at least one public or student event and related workshops each semester over the next three years.

Anderson first came to EMPAC as a resident artist in 2009 to complete work on Delusion, a complex series of stories about longing, memory, and identity commissioned by the Vancouver 2010 Cultural Olympiad. At EMPAC, she found the ideal working environment to try new ideas and integrate the diverse, multidisciplinary elements of the work -- including music, visuals, altered voices, and electronic puppetry. Based on the success of the extensive working relationship between Anderson and EMPAC, Time-Based Arts Curator Kathleen Forde and EMPAC Director Johannes Goebel proposed this new opportunity.

"It's such a great honor to be the first EMPAC distinguished artist-in-residence,” said Anderson. “Working with the crack technical and production teams and having access to EMPAC's spectacular spaces and resources is such a dream. I'm incredibly grateful for this opportunity."

The distinguished artist-in-residence is an expansion of EMPAC’s extensive project-based residency program, which supports the creation of new works and research. It marks the first time an artist has been invited to EMPAC for an extended time unrelated to a specific project, with the express goal of sharing the artist’s creative practice with a technology-focused campus and the community through lectures, work-in-progress demonstrations, web documentation, workshops, and more. Goebel sees a unique opportunity in this collaboration: “With EMPAC, Rensselaer has made an incredible commitment to bridge new technology with new artistic development and to bring together the engineering and scientific world with the experiential and creative approaches of the arts. Laurie Anderson will bring her deeply rooted experience in using technological tools in her artistic work to the campus community.”

About EMPAC The Curtis R. Priem Experimental Media and Performing Arts Center (EMPAC), founded by Rensselaer Polytechnic Institute, is an international hub for art, performance, science, and technology—offering adventurous interdisciplinary public events, support for artists and scholars engaged in creative research, and the resources of a state-of-the art facility for digital media production, research, and performance situated on a college campus.

About Laurie Anderson One of America’s most renowned performance artists, Laurie Anderson’s genre-crossing work encompasses performance, film, music, installation, writing, photography, and sculpture. She is widely known for her multimedia presentations and musical recordings and has numerous major works to her credit, including United States I-V (1983), Empty Places (1990), Stories from the Nerve Bible (1993), Songs and Stories for Moby Dick (1999), and Life on a String (2001), among others. She has had countless collaborations with an array of artists, from Jonathan Demme and Brian Eno to Bill T. Jones and Peter Gabriel.

Anderson has invented several technological devices for use in her recordings and performance art shows, including voice filters, a tape-bow violin, and a talking stick. In 2002, she was appointed NASA’s first artist-in-residence, and she was also part of the team that created the opening ceremony for the 2004 Olympic Games in Athens. She has published six books, produced numerous videos, films, radio pieces, and original scores for dance and film. In 2007, she received the prestigious Dorothy and Lillian Gish Prize for her outstanding contribution to the arts. She lives in New York City.