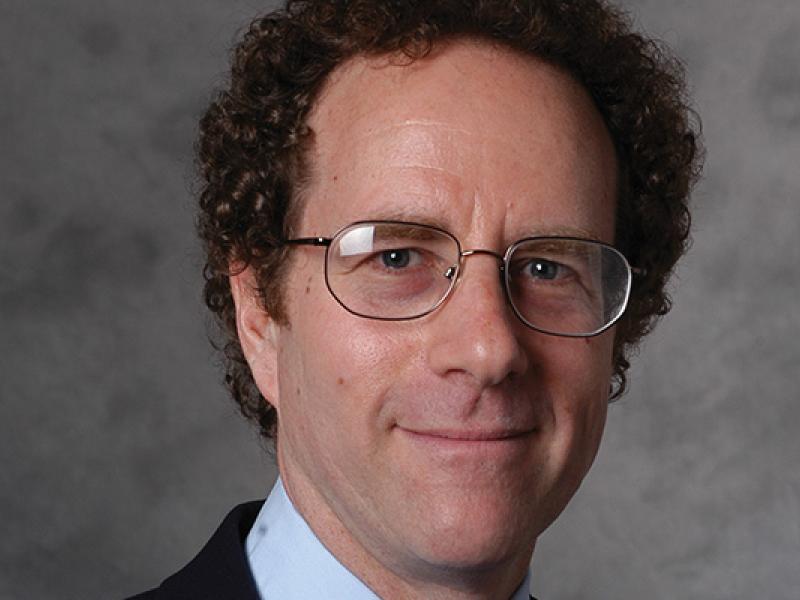 Bioseparations and Bioprocessing Expert Honored for Leadership in Research and Education

Bioseparations and bioprocessing expert Steven Cramer, the William Weightman Walker Professor of Polymer Engineering at Rensselaer Polytechnic Institute, this week was elected a fellow of the American Chemical Society (ACS).

The ACS recognized Cramer for excellence in leadership, volunteer service, and for “outstanding achievements in and contributions to science, the profession, and the society.”

“The entire School of Engineering joins me today in congratulating Professor Cramer on his election as a fellow of the American Chemical Society,” said David Rosowsky, dean of the School of Engineering at Rensselaer. “This is a fitting recognition for Steve’s many important contributions in research, teaching, and professional service. We celebrate Dr. Cramer’s elevation to fellow status in the ACS and are enormously proud to count him among the ranks of our distinguished engineering faculty at Rensselaer.”

The ACS—the world’s largest scientific society—will honor Cramer on August 20 at a special ceremony during the ACS National Meeting in Philadelphia.

A faculty member in the Rensselaer Department of Chemical and Biological Engineering and the Department of Biomedical Engineering, Cramer is a recognized global leader in chromatographic bioprocessing. His research focuses on developing new methods and technologies to separate and purify biological compounds, both of which are major challenges facing drug discovery. This is particularly true of drugs that include proteins, which are notoriously difficult to separate from potentially harmful variants and impurities.

Recently, Cramer has been investigating different areas related to protein-surface interactions. This includes research into multiscale modeling of complex chromatographic behavior, fundamental studies of selectivity and affinity in multimodal chromatographic systems, chromatography on a chip, smart biopolymer affinity separation systems, and other endeavors. Cramer’s research is closely connected to several of the core facilities at the Institute, such as the nuclear magnetic resonance facility in the Rensselaer Center for Biotechnology and Interdisciplinary Studies.

A prolific researcher, Cramer holds nine patents and has published more than 150 papers in peer-reviewed journals. He is editor-in-chief of the international journal Separations, Science and Technology. Additionally, he has chaired several high-profile professional meetings, including the international HIC/RPC Bioseparations Conference, the American Chemical Society (ACS) Recovery of Biological Products Meeting, and the Gordon Research Conference on Reactive Polymers.

Cramer’s peers have honored him with many awards and recognitions for his contributions. He received the Alan S. Michaels Award for the Recovery of Biological Products from the ACS Division of Biochemical Technology, and he is a fellow of the American Institute for Medical and Biological Engineering and the American Institute of Chemical Engineers. At Rensselaer, he received the School of Engineering Excellence in Research Award, the Rensselaer Early Career Award, as well as several teaching awards. Additionally, he received a Presidential Young Investigator Award from the National Science Foundation.

For more information on the Cramer’s research at Rensselaer, visit: