Rensselaer Polytechnic Institute Welcomes Members of the Class of 2016 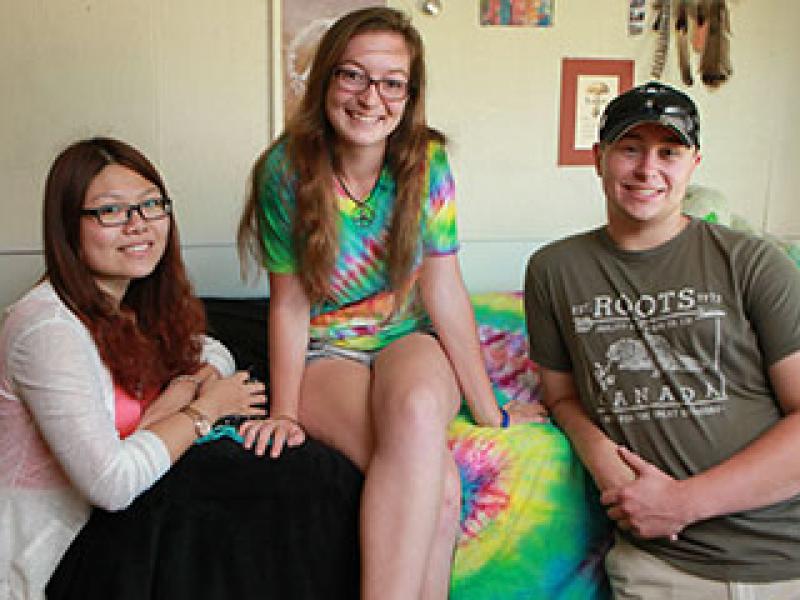 Rensselaer Polytechnic Institute Welcomes Members of the Class of 2016

The incoming Class of 2016 at Rensselaer Polytechnic Institute promises to be an exceptional group, with an increase in average SAT scores, and more than 100 receiving a perfect 800 SAT critical reading or math score. In addition, three students scored 1600, and two students received a perfect 2400. Sixty-six percent of the students are coming from the top 10 percent of their high school classes. The incoming class represents the next generation of leaders, scientists, entrepreneurs, artists, humanitarians, and innovators, in fields ranging from engineering to architecture, from fine arts to science, and from management to information technology.

This year, the Office of Undergraduate Admissions received a record total of 15,223 freshman applications. The number represents a growth of more than four percent over last year.

“For seven consecutive years, Rensselaer has set records for freshman applications. Since 2005, applications have grown by 173 percent,” said Paul Marthers, Rensselaer vice president for enrollment and dean of undergraduate and graduate admissions. “It is exciting to see that our outreach efforts have translated into unprecedented levels of popularity that are exemplified by the record number of applications, and academic quality as evidenced by the credentials of the new freshmen.”

This year, more than 400 students in the Class of 2016 are from areas outside of the Northeast. The first-year students hail from 44 states, in addition to the District of Columbia and Puerto Rico, and from countries all around the world, reinforcing the global reach and global impact of Rensselaer.

“More than ever before, we are reaching excellent students from all around the globe,” Marthers added. “The freshman class is comprised of very bright students with a special interest in discovery, innovation, and interdisciplinary study in architecture, science, technology, management, and the intersection of technology with the humanities, arts, and social sciences. The rising application and student quality trends have run parallel with the exciting transformation that has occurred at Rensselaer over the last decade.”

According to the Rensselaer Office of Admissions, this year’s overall increase in applications was also driven by greater numbers of students visiting campus, a higher conversion rate from the inquiry to the application stage, and new student life programs, including the Clustered Learning, Advocacy, and Support for Students (CLASS) residential college model designed to enhance the overall student and educational experience.

“Rensselaer also continues to register growing interest in new areas of an expanding curriculum—such as Cognitive Science; Design, Innovation, and Society; Sustainability Studies; and the new concentrations in Management#8212;beyond the Institute’s traditional strength in engineering,” Marthers said. “Here on campus we know that Rensselaer has historically been a top producer of future leaders and innovators, so it is very encouraging to see external evidence that more and more students value the high-quality academic and co-curricular programs that we offer.”

The Class of 2016 also includes students who are focused on reaching new heights through their accomplishments—90  incoming freshmen were valedictorians or salutatorians of their high school, and many were actively involved in music, science, research, community service, launching new businesses, and the arts. In addition, more than 400 students participated in sporting activities while in high school, with 52 students serving as captains of their schools’ athletic teams.

Overall, the Rensselaer Class of 2016 joins Rensselaer with a demonstrated record of extracurricular achievement, leadership, and support for civic engagement by serving in various roles including sports captains, class presidents, Eagle Scouts, Girl Scout Gold Award winners, and others.

Of special note, the class also includes three students who have developed iPhone apps that are now available from the App Store, a student who founded a startup, Pixel Corporation, and currently has patents and designs regarding tactile touch screen technology, as well as one student who was offered an advertising partnership with YouTube after developing his personal YouTube Channel.

Members of the incoming class also include students who have carved out time to help others. For example, one student traveled to China to work with disabled orphans in Beijing. Another student founded an organization called Caps4Cancer where they raise money to donate wigs and bandannas to local hospitals for cancer patients, and one student serves as the chief financial officer for a non-profit organization that is focused on raising funds for Ugandan refugees.

This year, 200 students are recipients of the Rensselaer Medal. The honor is awarded to promising secondary school juniors who have distinguished themselves in mathematics and science. The Medal was first presented in 1916 with two purposes: to recognize the superlative academic achievement of young men and women, and to motivate students toward careers in science, engineering, and technology.

The class also includes 91 legacies, or students who are related to Rensselaer alumni. “This is a wonderful message about the Rensselaer education and the impact it has on alumni long after they’ve graduated from Rensselaer,” said Karen Long, director of undergraduate admissions. “The number of students following in the footsteps of family members demonstrates the longstanding connection Rensselaer makes with graduates to educate men and women who are the leaders of tomorrow.”

Starting classes, meeting peers, and exploring a new geographical area all at once can seem intimidating for many new college students. But it doesn’t have to be that way—at least that’s what staffers in Rensselaer’s Office of the First-Year Experience (FYE) believe. From August 21-26, members of the incoming class will participate in a weeklong program of welcome events and team-building adventures, known as “Navigating Rensselaer & Beyond.” The annual program features events that are designed specifically for first-year students to help ease the transition to college life by connecting new students to each other and to resources available on campus and in the local community. For more information about the NRB program, visit: http://se.rpi.edu/orientation2012/