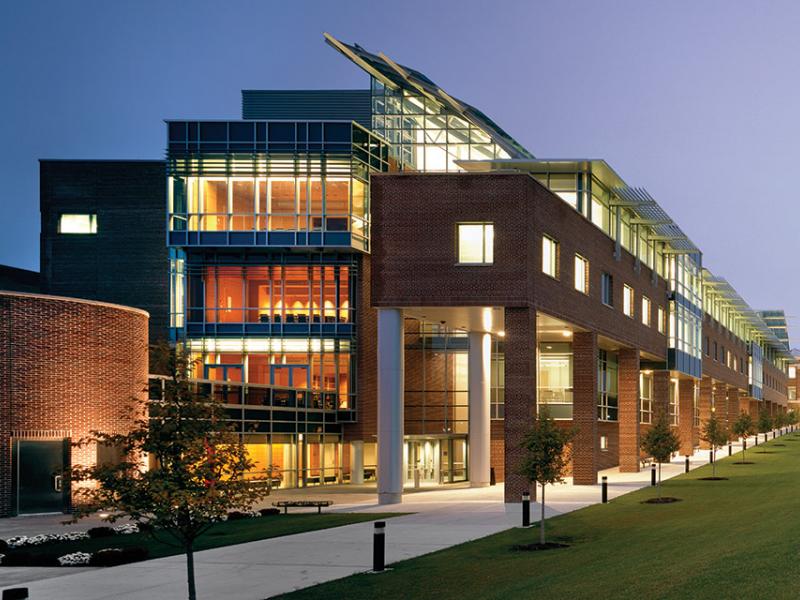 The Center for Biotechnology and Interdisciplinary Studies.

Rensselaer Researchers To Focus on Improving the Life and Efficiency of Nuclear Reactors
Prediction of Human Movement During Disasters To Allow For More Effective Emergency Response
Rensselaer Researchers Receive $350k Grant To Explore Cellular Mechanisms Linked to Cancer
Rensselaer Researchers Propose an Affordable and Sustainable Alternative to Lithium-Ion Batteries
Consumers Are Likely To Be Susceptible to Slick Graphic Design of Trading Platforms
October 11, 2012

“We are very pleased to have Dr. Arduini join our cutting-edge professional staff,” said Glenn Monastersky, director of operations for the Center for Biotechnology and Interdisciplinary Studies (CBIS). “She has been active in stem cell research, including iPS cell line generation, during five years as a postdoctoral researcher in the Laboratory of Molecular Vertebrate Embryology at Rockefeller University, and while serving as director of the Rockefeller Human Pluripotent Stem Cell Core Facility. She also brings expertise in several molecular biology research techniques and zebrafish genetics to CBIS.”

Since her arrival, Arduini said that she has been impressed with the array of researchers interested in using the facility. Initial projects are expected to include investigations into spinal cord injury repair, generation of blood vessels, neuron development, and several projects related to musculoskeletal development, Arduini said.

“Coming as I do from a background of research in pure biology, it’s a very enticing opportunity for me to work with researchers in biomaterials and engineering aspects of stem cell science,” Arduini said. “That’s an area in the stem cell field that isn’t yet being fully investigated, and Rensselaer is well positioned to be a leader.”

Once the facility is open, her work will include training researchers in stem cell science and in the use of the facility, and managing the shared facility.

“Many of the engineers and material science researchers at Rensselaer are interested in working with stem cells, but they need training in how exactly the biology works,” Arduini said. “Part of my job will be as a liaison between the world of biology and the world of engineering, to bring them together and train people to work with stem cells, how to culture them, how to differentiate them, how to make new stem cell lines, what sort of indicators they need to look for to make sure they’re working with the cell type that they hope to work with.”

Arduini holds a B.S. from Cornell in biology and a Ph.D. from Ohio State University in molecular genetics.

The research core is part of the Rensselaer Center for Stem Cell Research, which launched in June 2012 with funding from a $2.45 million grant from the New York State Stem Cell Science Program.