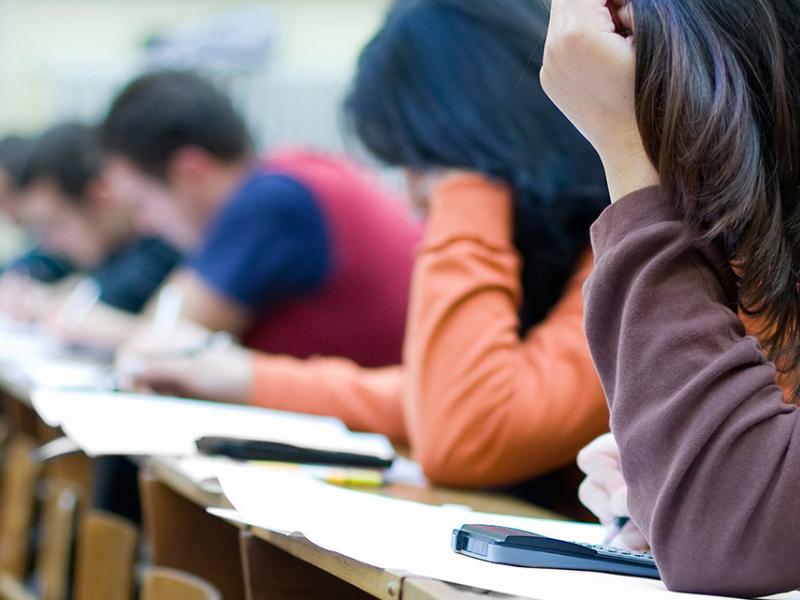 \Adolescents can be chronically sleep deprived because of their inability to fall asleep early in combination with fixed wakeup times on school days. According to the Centers for Disease Control (CDC), almost 70 percent of schoolchildren get insufficient sleep—less than eight hours on school nights. This type of restricted sleep schedule has been linked with depression, behavior problems, poor performance at school, drug use, and automobile accidents. A new study from the Lighting Research Center (LRC) at Rensselaer Polytechnic Institute shows that exposure to morning short-wavelength “blue” light has the potential to help sleep-deprived adolescents prepare for the challenges of the day and deal with stress, more so than dim light.

The study was a collaboration between Associate Professor and Director of the LRC Light and Health Program Mariana Figueiro and LRC Director and Professor Mark S. Rea. Results of the study, titled “Short-Wavelength Light Enhances Cortisol Awakening Response in Sleep-Restricted Adolescents,” were recently published in the open access International Journal of Endocrinology. The full text is available at http://www.hindawi.com/journals/ije/2012/301935/.

Levels of cortisol, a hormone produced by the adrenal gland, follow a daily 24-hour rhythm. Cortisol concentrations are low throughout the day, reaching a broad minimum in the evening before rising slowly again throughout the night. In addition to this gradual elevation of cortisol at night, cortisol levels rise sharply within the first 30 to 60 minutes after waking. This is known as the cortisol awakening response (CAR). In nocturnal animals, the cortisol spike occurs at night, at the start of activity. It appears to be associated with the time of transition from rest to activity, upon waking. A high CAR has been associated with better preparedness for stressful and challenging activities.

“The present results are the first to show that low levels of short-wavelength light enhance CAR in adolescents who were restricted from sleep,” said Figueiro. “Morning light exposure may help to wake up the body when it is time to be active, thus preparing individuals for any environmental stress they might experience.”

The study included three overnight sessions, at least one week apart. All participants wore a Dimesimeter on a wrist band to measure light exposure and to verify the regularity of their activity/rest periods during the three-week study. The Dimesimeter is a small calibrated light meter device developed by the LRC that continuously records circadian light and activity levels. During the study, adolescents aged 12 to 17 years went to sleep at 1:30 a.m. and woke up at 6:00 a.m., a 4.5-hour sleep opportunity. Each week, participants either experienced morning short-wavelength blue light (40 lux of 470-nanometer light) or remained in dim light.

“We found that exposure to short-wavelength blue light in the morning significantly enhances CAR in sleep-deprived adolescents, more so than dim light,” said Rea. “Morning exposure to blue light may be a simple, yet practical way to better prepare adolescents for the challenges of the day.”

How can teenagers get morning exposure to blue light? According to Figueiro and Rea, light exposure needs to occur within one hour of waking to have an impact on CAR. Blue light is available in daylight, but in winter, it is often dark when teens are waking up for school, due to later sunrise. More consistent options include blue light goggles and light boxes. Backlit tablets and computer screens provide blue light, but further research is needed to accurately measure how much light is produced by each product. Compared with light goggles or a light box, backlit tablets and computer screens provide a weaker light, and therefore would need to be used for a longer period of time to get the same effect.

The study was funded by Sharp Laboratories of America.