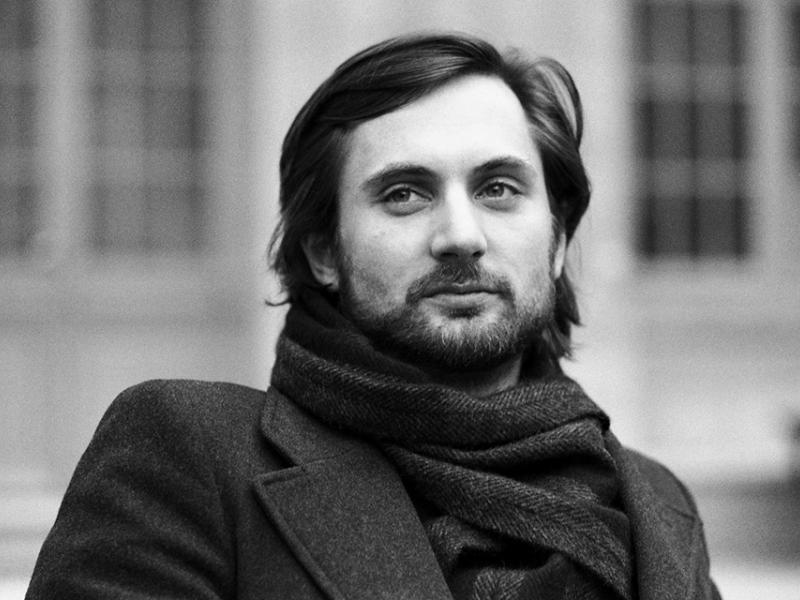 The Rensselaer Contemporary Music Ensemble will host a concert Nov. 17 to commemorate the centenary of John Cage, godfather of America’s musical avant-garde, alongside the legacy of legendary Canadian pianist Glenn Gould.

“Cage/Gould” – which begins at 8 p.m. in the Theater of the Curtis R. Priem Experimental Media and Performing Arts Center (EMPAC) at Rensselaer – features compositions that span Cage’s career, interspersed with a partial re-enactment of Gould’s last performance, which he gave in 1964. Prior to the concert, philosopher Elie During will set the stage with a talk on “Cage/Gould: Several Silences,” at 5 p.m. in the EMPAC Theater.

“The world is abuzz with Cage centenary concerts, so we were happy to join in the celebration but with our own original twist, ” said Michael Century, professor of new media and music in the Arts Department at Rensselaer.  “We even give the audience a chance to hear these two remarkable musical artists and thinkers converse with each other in a virtual dialogue.”

Century is serving as director of the concert in collaboration with Holland Hopson, a Rensselaer alumnus and former instructor. The performers include undergraduate and graduate students of the Institute, as well as Young Kim, head of piano at the College of Saint Rose, and veteran new music cellist David Gibson.

From Cage’s immense and varied oeuvre, Century has selected “Bacchanale,” the composer’s first piece for prepared piano (a piano altered by placing objects on the hammers or strings); “Inlets,” a sound piece produced by amplified water inside conch shells; “Litany for the Whale,” which Century described as an “elegiac vocal ritual;” and “Two(four),” a duo for piano and cello, and one of Cage’s final compositions,.

Century said that Gould famously quit the concert stage in 1964, predicting with some foresight that music in of the future would shift from live performance to new forms of recording and playback controlled by listeners themselves.

The Gould commemoration includes piano pieces by Gibbons, Bach, and Beethoven, and also Gould’s experimental broadcasts that weave together the spoken word in an original form dubbed “contrapuntal radio.”

“The program aims for a wide appeal, from the familiarity of the Western classics to Cage’s trademark sonic experimentation,” Century notes. “There’s something for all musical tastes in this evening, as well as a thought-provoking philosophical preamble.”

Elie During is a prolific and versatile French philosopher, with works spanning art, cinema, music, and the philosophy of science. Chair of the Department of Philosophy at the University of Paris-Nanterre, During will explore the convergences and divergences between Cage and Gould as iconoclastic figures of 20th century music, focusing on the meaning and role of silence – of “several silences” – in their respective work.

The unusual concert-lecture program is made possible by sponsorship from the Institute’s Volmer Fries Distinguished Lectureship, the Jaffe Fund for Experimental and Performing Arts, and the Rensselaer Union’s Classical Concert endowment.

The concert and lecture are free and open to the public. Refreshments and dinner will be served in Evelyn's Cafe at EMPAC after the lecture and through the intermission of the concert.