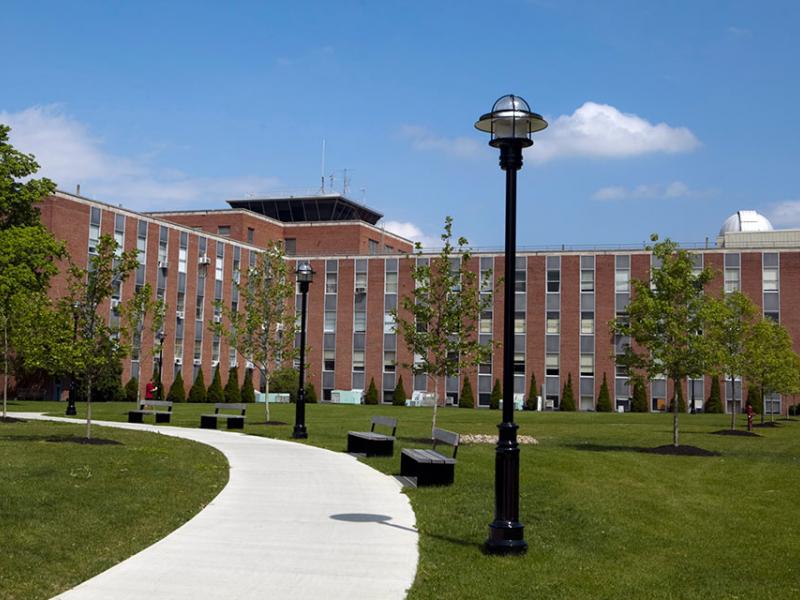 The School of Science at Rensselaer

The grant will be used to hire a female assistant professor with a research and teaching focus in the fast-paced field of mobile and distributed computing systems. The Clare Boothe Luce Assistant Professor will join Rensselaer as a faculty member, occupying a position that will continue in the tenure/tenure-track faculty ranks even after the five-year grant period.

Since its first grants in 1989, the Clare Boothe Luce Program (CBL) has become the single most significant source of private support for women in science, mathematics, and engineering. Clare Boothe Luce, the widow of Henry R. Luce, was a playwright, journalist, U.S. Ambassador to Italy, and the first woman elected to Congress from Connecticut. In her bequest establishing this program, she sought “to encourage women to enter, study, graduate, and teach” in science, mathematics, and engineering. Thus far, the program has supported more than 1,500 women.

“If the United States is to extend its scientific and engineering leadership in the 21st century, we must have the full creative and entrepreneurial participation of all our people, and advancing the role of women in academia is critical to that endeavor. Clare Boothe Luce understood this truth, and she directed her own power to the aid of women in the generations that follow her,” said Rensselaer President Shirley Ann Jackson. “Rensselaer is committed to providing women in the fields of science, technology, engineering, and mathematics, at each stage of their careers, with bridges to new levels of academic success. The Clare Boothe Luce Assistant Professor will join a strong and growing community of exceptional female researchers. We are honored to offer this opportunity.”

“The Clare Boothe Luce Assistant Professorship will allow Rensselaer to diversify our faculty while advancing research and education in a highly compelling area,” said Laurie Leshin, dean of the Rensselaer School of Science. “Mobile and distributed computing offers tremendous power and flexibility, and impacts the everyday lives of billions of people. This generous grant will enable Rensselaer to hire a junior faculty member and significantly strengthen our presence in the field. We are thrilled to partner with the Clare Boothe Luce Program on this exciting endeavor.”

The Computer Science Department at Rensselaer, although moderately sized, with a faculty of 22, casts a large shadow in frontier computational science. Rensselaer is a recognized leader in several emergent areas of modern computer science including Data-, Network-, and Web- Sciences – areas that move beyond traditional hardware and algorithm development.

Jim Hendler, Tetherless World Constellation Professor and head of the Department of Computer Science at Rensselaer, said the Clare Boothe Luce Assistant Professor will be a welcome addition to an academic department that prides itself on “leading research and on developing courses that expose students to critical emerging areas.

“We live in a world where smart phones and tablet computers are ubiquitous, and ever-shrinking computational devices, such as wearable computers and ‘Google glasses,’ are moving from science fiction to real-world fact,” Hendler said.  “Application development for mobile and distributed systems has become one of the most important new areas for research and education in computer science and we are excited to work with the Clare Boothe Luce Program to recruit a top young researcher in this exciting research field.”

Rensselaer and the Department of Computer Science are committed to creating new opportunities for women in these critical areas.

Recent curriculum initiatives — such as using the more accessible Python language in introductory problem-solving courses and employing concrete real-life examples in student projects — are aimed at welcoming students from more diverse interests and backgrounds, including more women, into computer science.

And the Institute takes an active role in professional networking among women in computer science, seeking out opportunities like the Grace Hopper Celebration of Women in Computing, a premiere event in the research and career interests of women in computing. In 2012, two Rensselaer graduate students attended the conference with the support of the Grace Hopper Scholarship, and in the past two years 12 students have attended with support from all levels of the Institute.

The CBL assistant professorship is the second Rensselaer has received from the Clare Boothe Luce Program. In 1992, Antoinette M. Maniatty joined Rensselaer with the support of a five-year grant from the Clare Boothe Luce Program as an assistant professor of mechanical engineering. Maniatty, today a full professor at Rensselaer, was one of four women scientists and engineers nationwide to be awarded a fellowship in 1982.