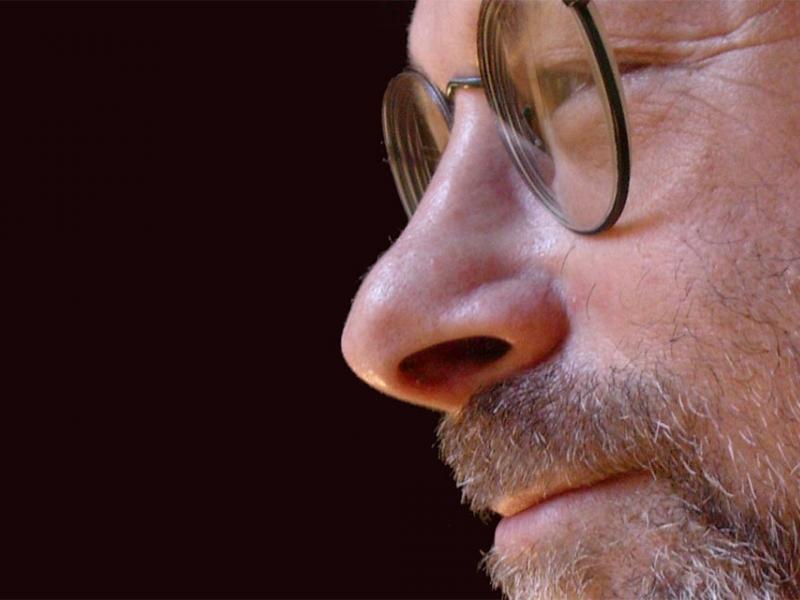 Neil Rolnick, professor of music at Rensselaer Polytechnic Institute, will present a concert of music for violin, piano, and computer at 7:30 p.m. Wednesday, Feb. 27, at the Curtis R. Priem Experimental Media and Performing Arts Center (EMPAC) at Rensselaer. The concert, which is free and open to the public, features a selection of his most recent compositions from 2003 to the present.

Rolnick said the program showcases solo and duo works (plus computer) he has written in the past decade, a departure from the works for large ensembles that have made up the bulk of his recent work.

“In the last few years, most of my efforts have been on larger works: two violin concerti, and extended monodrama with a large ensemble and three singers, and a full evening dramatic project which I hope to premiere by 2015,” Rolnick said. “In the midst of those projects, I find that working with musicians who have played my solo and duet works continues to provide me with a vehicle for bringing my music to different audiences.”

Rolnick said many of the compositions reflect an interest – which he dates to his 2002 move to New York City – in combining virtuoso instrumental playing with digital processing. Balkanization and Gate Beats, for example, are two solo laptop pieces that “explore aspects of working with digital samples as the only instrument.” Other pieces include Digits, a composition for solo piano, digital processing, and video, and Fiddle Faddle, a “sweet and enjoyable” composition for violin and computer.

The program does, however, also include the 2007 composition Hammer & Hair, an acoustic piece for violin and piano, which he described as “the closest I’ll ever come to a traditional violin sonata.”

Reynolds is known as one of the founding fathers of the hybrid-musician movement and one of the most active and versatile proponents of what he calls “present music.” He has long been violinist of choice for Steve Reich, Meredith Monk, Bang on a Can, and was a founder of the string quartet known as Ethel.

Chow joined the Bang on a Can All-Stars in 2009. Since then, her passion has propelled her to work with an A-to-Z of leading composers and musicians such as John Adams, Louis Andriessen, Bryce Dessner (The National) Philip Glass, Glenn Kotche (Wilco), David Longstreth (Dirty Projectors), Steve Reich, Terry Riley, and Lee Ranaldo (Sonic Youth).

Rolnick said he has several ongoing projects with both musicians.

“I’m working on new projects for both of the players in the upcoming EMPAC performance,” Rolnick said. “In June, Todd will be featured soloist in a recording of my second violin/computer concerto Gardening at Gropius House, with members of the New York City-based ensemble Alarm Will Sound. And over the next six months, I’ll be writing a new piece for Vicky, exploring the range of technical and expressive possibilities for piano and live digital processing.”

The composition for Chow, Dynamic Ram & Concert Grand, is a 2011 commission from the Fromm Music Foundation at Harvard University, a prestigious award that recognizes significant achievements in contemporary music.

Rolnick, the founding director of the iEAR (Integrated Electronic Arts at Rensselaer) Studios, is a pioneer in the use of computers in performance. Beginning in the late 1970s, Rolnick has often included unexpected and unusual combinations of materials and media in his music. He has performed around the world, and his music appears on 15 CDs.

Rolnick’s work has been received enthusiastically by critics, with the New York Times describing his MONO Prelude as “driven, vital music,” describing his piece Digits as “an exhilarating interactive piece,” and including his CD The Economic Engine as among the best classical CDs of 2009.