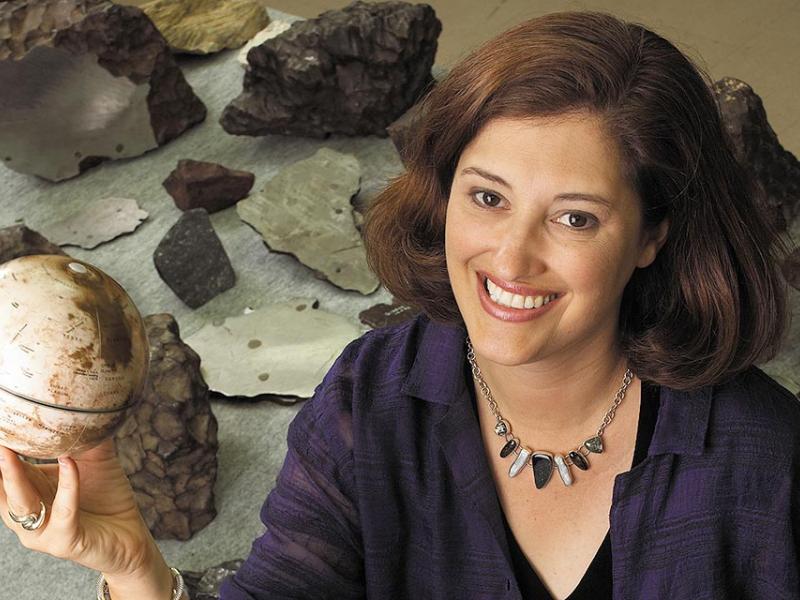 Laurie Leshin, dean of the School of Science

President Barack Obama has appointed Laurie Leshin, dean of the School of Science at Rensselaer Polytechnic Institute, to the advisory board of the Smithsonian Institution’s National Air and Space Museum. The museum is the largest collection of historic air and spacecraft in the world, and a vital center for research into the history, science, and technology of aviation and space flight, as well as planetary science and terrestrial geology and geophysics.

“These fine public servants both bring a depth of experience and tremendous dedication to their new roles,” said President Obama. “Our nation will be well-served by these individuals, and I look forward to working with them in the months and years to come.”

“The Smithsonian Institution National Air and Space Museum celebrates our exploration of the world around us, and is a vital reminder of the importance of science, technology, engineering, and mathematics in our achievements,” said Jackson. “I have no doubt that Dr. Leshin will advance the mission of this cherished national asset, and I congratulate her on this appointment.”

Leshin joined Rensselaer in 2011, prior to which she served for six years as a senior executive at NASA, working on both the science and human exploration programs. Leshin, a geochemist by training, was also the Dee and John Whiteman Dean’s Distinguished Professor of Geological Sciences, and the director of the Center for Meteorite Studies at Arizona State University.

“It’s an honor to be appointed by President Obama in service of the National Air and Space Museum, which I consider a national treasure. As a space scientist, I’m always inspired by the museum and its exhibits. I am thrilled to be able to play a small part in ensuring it will inspire kids and adults alike for many years to come,” Leshin said.

As a member of the board, Leshin, along with leading representatives of each of the five branches of the military as well as representatives of NASA, the Federal Aviation Administration, and the Secretary of the Smithsonian Institution, will advise the administration of the museum, and serve at the pleasure of the President.

The museum maintains the world's largest collection of historic aircraft and spacecraft among some 50,000 artifacts that range in size from Saturn V rockets to jetliners, gliders, space helmets, and microchips. The museum is a vital center for historical research on aviation and spaceflight and the related science and technology. It is also home to the Center for Earth and Planetary Studies, which performs original research and outreach activities on topics covering planetary science, terrestrial geophysics, and the remote sensing of environmental change.

The National Air and Space Museum building on the National Mall in Washington, D.C., is located at Sixth Street and Independence Avenue S.W. The museum’s Steven F. Udvar-Hazy Center is located in Chantilly, Va., near Washington Dulles International Airport. Both facilities are open daily from 10 a.m. until 5:30 p.m. (closed Dec. 25). Admission is free, but there is a $15 fee for parking at the Udvar-Hazy Center.