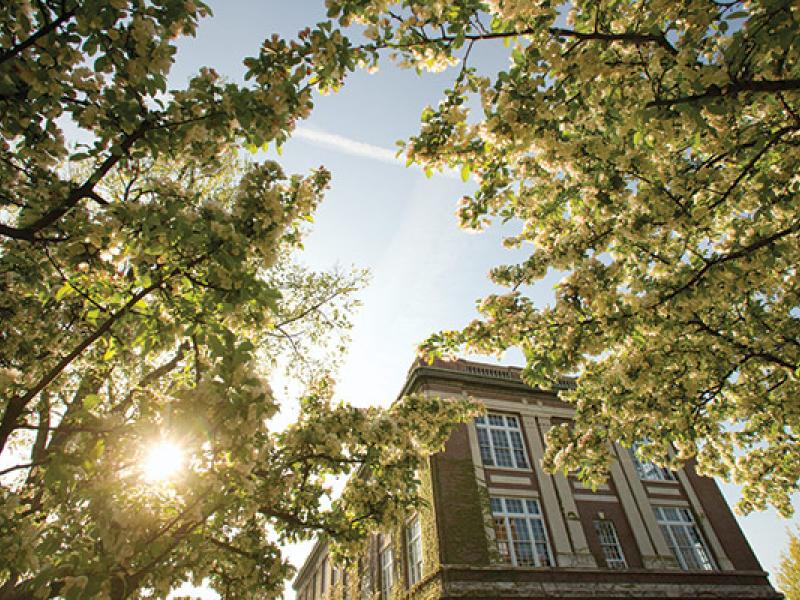 It’s official. A record total of 16,112 high school students have filed applications to attend Rensselaer Polytechnic Institute this fall, according to numbers released today by the Rensselaer Office of Admissions. This year’s total represents a growth of approximately 6 percent since last year at this time.

“For eight consecutive years, Rensselaer has set records for freshman applications. Since 2005, applications have grown by 189 percent,” said Paul Marthers, vice president for enrollment and dean of undergraduate and graduate admissions. “It is exciting to see that our around-the-globe outreach efforts have translated into unprecedented levels of popularity among prospective students.”

This year, more than 6,600 students have been admitted, for a 41 percent acceptance rate—which is the third lowest in Rensselaer’s history.

Marthers also noted that for the second consecutive year, the average SAT critical reading and math score for the admitted group is over 1400. This year, the average score is 1408, the highest level ever and eight points higher than last year.

The 2013 applicant pool also represents a continued expansion of the national and international profile of the student body, as well as a significant increase in applications from women, underrepresented minority students, international students, and Rensselaer “legacies”— students with relatives who attended the university.

In addition, the group includes students who have been nominated for the Rensselaer Medal, a scholarship awarded to the top math and science students at almost 3,000 high schools around the world.  The Rensselaer Medal was first presented in 1916 with two purposes: to recognize the superlative academic achievement of young men and women, and to motivate students toward careers in science, technology, engineering, and mathematics (STEM) disciplines. The medal, the oldest prize of its kind in the United States, is awarded to students throughout North America, Latin America, Europe, and Asia.

“Rensselaer also continues to appeal to outstanding students who are interested in studying at a technological university,” Marthers said. “Here on campus we know that Rensselaer has historically been a top producer of future leaders and innovators, so it is very encouraging to see external evidence that more and more students value the high-quality academic and co-curricular programs that we offer.”

Student Orientation is held during the month of July and early August. From Aug. 20 to Aug. 25, Rensselaer will officially welcome the members of the Class of 2017, and introduce them to the local community through a weeklong series of events known as “Navigating Rensselaer & Beyond” (NRB).

Created under The Rensselaer Plan in 2001, NRB is usually organized around three general themes: adventure/team building; cultural/historical; and community service. To catch an early glimpse of some of the sample activities that members of the Class of 2017 may experience, here’s a look at last year’s video: http://youtu.be/5rZGMt5AxIw.

What attracts students to Rensselaer? Check out the Rensselaer alumni magazine story “Best of Class” to learn more: http://www.nxtbook.com/nxtbooks/rpi/2013winter/#/30