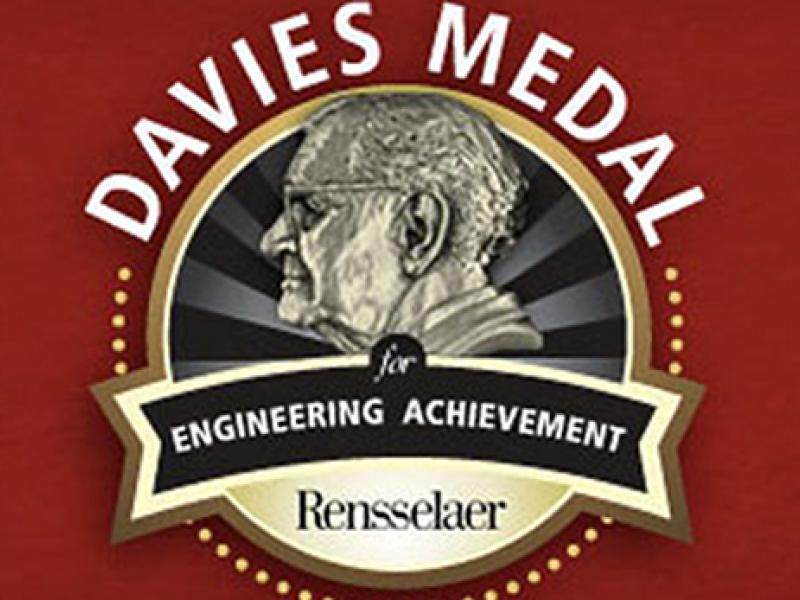 Space travel is heating up—and so are rocket fuel emissions. These companies are developing cleaner alternatives to protect earth first
Why Do Fossil Fuels Have So Much Carbon Stored in Them?
Rensselaer Creates Course Program Focused on Training in Micro and Nanofabrication Cleanroom Technology
RPI President’s Holiday Concert Set for December 11
Lighting Up Troy
April 8, 2013

Hugo S. Ferguson, Class of 1956, To Be Awarded Highest Honor Given to a Rensselaer School of Engineering Alumnus

Celebrated innovator and metallurgist Hugo. S. Ferguson, Class of 1956, will receive the prestigious Davies Medal for Engineering Achievement from the Rensselaer Polytechnic Institute School of Engineering.

Rensselaer will honor Ferguson, the founder, past president, and former chairman of Dynamic Systems Inc. (DSI), with a ceremony at 2 p.m. Monday, April 22, at the university’s Heffner Alumni House. As part of the ceremony, Ferguson will speak about his distinguished career, including the founding of DSI and his invention of the Gleeble, a powerful simulation tool that revolutionized the field of welding. The talk will be followed by a reception, both of which are free and open to the campus community.

“We are enormously pleased to present Dr. Ferguson with the Davies Medal for Engineering Achievement, the highest award given to an alumnus of our school,” said David Rosowsky, dean of the School of Engineering at Rensselaer. “Dr. Ferguson’s vision, leadership, and achievements in engineering have made an indelible impact on the manufacturing economy of our nation. It is impossible to over-emphasize the role of his leadership and vision in pushing forward the field of welding, and his influence is clearly visible the way we make today’s bridges, cars, ships, and anything else requiring welding. Dr. Ferguson’s hard work and success exemplify the challenge we extend to all Rensselaer students—Dr. Ferguson has truly changed the world.”

In honor of one of the Institute’s most accomplished, active, and loyal alumni, Clarence E. Davies ’14, Rensselaer established the Davies Medal for Engineering Achievement in 1980 to recognize a Rensselaer alumnus with a distinguished career of engineering achievement, public service, and technical and managerial accomplishments.

The Davies Medal award at Rensselaer is funded by an endowment from Mr. and Mrs. J. Erik Jonsson ’22.

Ferguson grew up on a small dairy farm with no money available for college. After high school he joined the U.S. Navy, and as a result of the G.I. Bill, a small scholarship, and a job, he was able to put himself through college. He graduated from Rensselaer in 1956 with a bachelor’s degree in physics, and without any debt. He returned to the Institute and earned his doctoral degree in metallurgy in 1962.

Shortly after graduating with his bachelor’s degree, Ferguson collaborated with Rensselaer faculty members Warren Savage and Earnest Nippes to invent the Gleeble, a powerful metallurgical simulation system. The Gleeble enabled researchers, for the first time, to simulate realistic welding processes in the laboratory under realistic thermo-mechanical conditions. The breakthrough served as a foundation for many key advances in materials science and engineering, and more broadly helped to pioneer the emerging field of process simulations.

Ferguson founded DSI in Poestenkill, N.Y., in 1957, and shortly thereafter developed the first commercial Gleeble system. The Gleeble evolved over the years, and in the 1980s was re-engineered to incorporate computer control of testing and data acquisition. The many products Ferguson brought to market have revolutionized the welding industry, and enabled new research requiring previously unattainable time-temperature conditions.

Today, DSI continues to enhance and update its Gleeble system to incorporate new features and capabilities. ASTM International, a global leader in the development global standards for a range of materials and systems, has created a broad set of standards for Gleeble specimens and measurements. Additionally, entire scientific conferences have been dedicated to the Gleeble, and more than 1,000 published scientific papers are based upon Gleeble measurements.

Ferguson has received much acclaim for the invention of the Gleeble, and for the economic and technological impact of his work nationally and internationally. He holds 20 patents, and in 1999 he was inducted as a fellow of the American Welding Society.

At Rensselaer, Ferguson is a strong supporter of the student experience and the School of Engineering. He serves on the advisory board of the Institute’s Materials Science Research Center, and has donated a Gleeble system to the Department of Materials Science and Engineering to help students gain a better understanding of physical simulation and metallurgical processes.

For more information on the Davies Medal at Rensselaer, including past winners, visit: http://eng.rpi.edu/davies/