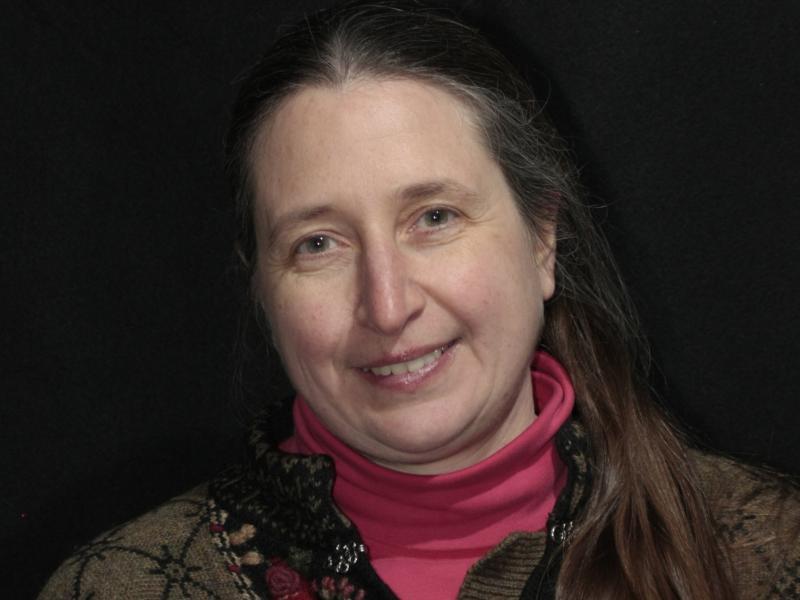 Photo courtesy of the Dudley Observatory

Galactic astronomer Heidi Newberg, a professor of physics, applied physics, and astronomy in the School of Science at Rensselaer Polytechnic Institute, has been selected as a fellow of the American Physical Society (APS). Election to fellowship in the APS is limited to no more than one-half of 1 percent of membership.

In making the announcement, the APS cited Newberg for “her contributions to our understanding of the structure of the Milky Way galaxy and the universe and for the development of software and hardware infrastructure for measuring and extracting meaningful information from large astronomical survey data sets.”

Laurie Leshin, dean of the School of Science at Rensselaer, congratulated Newberg, whose work contributes to the school’s “Origins & Fundamentals of Life & Matter” interdisciplinary science theme, on the honor.

“Professor Newberg’s research reveals how our galaxy was formed and how it continues to evolve,” Leshin said. “In addition to these exciting discoveries, Heidi has engaged tens of thousands of volunteers in scientific exploration through the MilkyWay@Home project. This is a wonderful and well-deserved honor.”

Newberg’s research is primarily related to understanding the structure and evolution of our own galaxy, using stars as tracers of the galactic halo and disks. These stars in turn are used to trace the density distribution of dark matter in the Milky Way. She has been a participant of the Sloan Digital Sky Survey, and is currently head of Participants in LAMOST U.S., a partnership allowing U.S. astronomers to take part in a survey of more than 7 million stars by the Large Sky Area Multi-Object Fiber Spectroscopic Telescope in China (LAMOST).

Newberg teamed up with colleagues from the Rensselaer Computer Science Department to found the MilkyWay@Home project, which analyzes data gathered from star surveys – like the Sloan Digital Sky Survey – to map the shape, density, and movement of the galaxy. Computing power for the project is provided by thousands of volunteers who donate the unused power of their home computers to MilkyWay@Home using the Berkeley Open Infrastructure for Network Computer (BOINC) platform. Led by researchers at Rensselaer, the MilkyWay@Home project is among the fastest distributed computing programs ever in operation.

In the first phase of the project, Newberg studied strings of stars – known as “stellar streams” or “tidal streams” – that once formed independent dwarf galaxies on the perimeter of the Milky Way. Using the information from star surveys and the massive computing power of the MilkyWay@Home network, Newberg is able to calculate how the dwarf galaxies have been moved and stretched as they were merged into the Milky Way millions of years ago. The calculations provide new insights into the overall shape and density of dark matter in the Milky Way.

Newberg currently has a grant from the National Science Foundation that will allow her to put her knowledge of tidal streams to work in the search for dark matter. Since 90 percent of the mass in the Milky Way is believed to be dark matter, the tidal streams can be used to probe the shape of the unseen dark matter halo that contributes to the mass of the Milky Way. The dark matter halo might be spherical, flattened like the galactic disk, prolate like a football, or even filled with lumps the size of dwarf galaxies. The dark matter distribution might even have an effect on experiments designed to detect dark matter particles themselves.  In 2004, Newberg partnered with researchers at the University of Michigan and the University of Utah to explore whether dark matter moving with a known tidal stream would produce an unexpected signal in ongoing experiments, and whether that would keep the experiments from successfully detecting dark matter. Newberg's most recent grant will allow her to match simulations of tidal streams with the observed tidal streams to constrain the distribution of dark matter in the Milky Way.