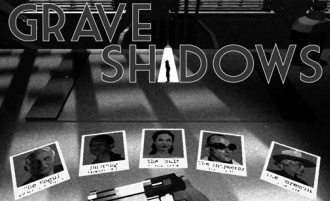 For the second year in a row, Rensselaer has been named a finalist in the Electronic Entertainment Expo (E3) College Game Competition. The nominated game, Grave Shadows, was created this spring by students enrolled in a game development course taught by Rebekah Arcovitch, lecturer in the School of Humanities, Arts, and Social Sciences at Rensselaer.

Grave Shadows follows Colton Graves, a private investigator and former cop, who, after suffering a terrible accident, is stuck between life and death with a new ability to merge into shadows. The game’s developers include Rensselaer students Jordan Faas-Bush, Grant Doney, Eric Franco, Simon Hopkins, Amy Schumacher, and Zack Schwartz.

Rensselaer is one of just five schools in the nation selected as a finalist. The winner of the competition will be announced at E3 2019, which takes place June 11 to June 13 in Los Angeles.