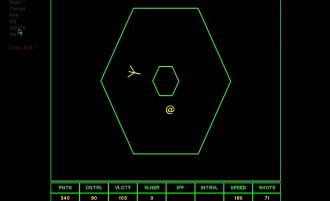 Roussel Rahman, a doctoral student in the Department of Cognitive Science at Rensselaer Polytechnic Institute, received the Allen Newell Best Student-Led Paper Award at this year’s International Conference on Cognitive Modeling in Montreal.

Rahman earned this recognition for his paper, “Spotlight on dynamics of individual learning.” In it, he examines the question of how a person learns a complex task.

“If we can figure that out, it would help us teach skills better,” said Wayne Gray, a professor of cognitive science at Rensselaer who worked with Rahman on this research.

Rahman developed and used a tool he calls “SpotLight” to analyze changes in a person’s performance as skill is acquired. SpotLight takes multiple measurements while someone is doing a task – in this case, learning how to play the video game Space Fortress.

The object of the game is to circle and shoot at a fortress while also moving fast enough to protect your own spacecraft. As players become more skilled at the game, they circle the fortress closer, and closer. You can see an example in this video.

What the research revealed is that people have peaks, valleys, and plateaus as they are learning a skill.

“What it teaches us is that human learning is not smooth,” Gray said. “It doesn’t proceed by small, equal-sized, increments.”