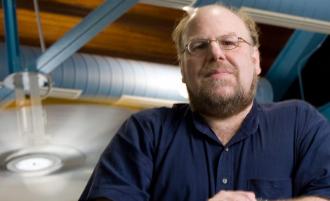 Rensselaer Polytechnic Institute Professor James Hendler has been named to the newly formed Association for Computing Machinery (ACM) Technology Policy Council, intended to coordinate the agenda for the association’s policy activities around the globe.

Hendler, Tetherless World Professor of Computer, Web, and Cognitive Sciences and director of the Rensselaer Institute of Data Exploration and Applications, was named to the inaugural 10-person committee along with representatives from tech giants Intel and Google, as well as leading science and technology universities including Carnegie Mellon University, Harvard University, and Purdue University.

In a statement, ACM said the new committee recognizes the global impact of technology on all aspects of society and daily life, and “will serve as the central convening point for ACM’s interaction with government organizations, the computing community, and the public in matters of public policy related to information technology and computing.”

With nearly 100,000 members across 190 countries, ACM is the world’s largest educational and scientific computing society, uniting computing educators, researchers, and professionals to inspire dialogue, share resources, and address the field’s challenges. ACM strengthens the computing profession’s collective voice through strong leadership, promotion of the highest standards, and recognition of technical excellence. ACM supports the professional growth of its members by providing opportunities for life-long learning, career development, and professional networking.

An expert in artificial intelligence and one of the originators of the “Semantic Web,” Hendler is a former member of the U.S. Air Force Science Advisory Board, the former chief scientist of the Information Systems Office at the U.S. Defense Advanced Research Projects Agency (DARPA), and a recipient of the U.S. Air Force Exceptional Civilian Service Medal. In addition to numerous other policymakers and government agencies, including the Department of Defense, Hendler has worked with the White House on the development of Data.gov, the U.S. government’s open data site, as an “Internet Web Expert.”

In 2012, Hendler was one of the inaugural recipients of the Strata Conference “Big Data” awards for his work on large-scale open government data. In 2013, he was appointed the Open Data Advisor to New York state. He is a member of the U.S. Homeland Security Science and Technology Advisory Committee, the National Academies Board on Research Data and Information, and the Director’s Advisory Committee for the National Security Directorate of the Pacific Northwest National Laboratory. In 2018, he became chair of the Association for Computing Machinery’s U.S. Technology Policy Committee.