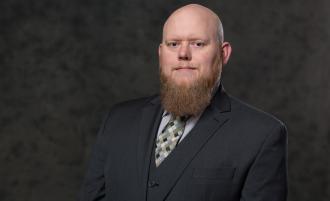 Jacob Shelley, an expert in plasma-ambient mass spectrometry instruments and professor at Rensselaer Polytechnic Institute, has won the 2020 Emerging Leader in Atomic Spectroscopy Award from Spectroscopy, a multimedia platform devoted to spectroscopic instruments.

Mass spectrometry identifies molecules based on their mass, and can be used in applications from food production to customs enforcement to medicine. But current instruments are bulky, expensive, and typically specialize in one class of chemicals, discouraging widespread use outside of a specialized lab setting.

Shelley’s research focuses on developing technologies that can lead to user-friendly mass-spectrometry analysis with broad capabilities, eliminating separate instruments for each class of chemicals.

The multimedia platform Spectroscopy promotes the use of spectroscopic instrumentation in applied research, environmental testing, quality control, and the life sciences.

“We are honored to recognize amazing, dynamic, and well-versed professionals like Dr. Shelley through the Emerging Leader in Atomic Spectroscopy Award,” said Michael J. Hennessy Jr., president of MJH Life Sciences, parent company of Spectroscopy. “From his current work, which focuses on the development of plasma-based tools for mass spectrometry, to past endeavors which contributed to  the discovery that the ionization pathway of species could be tuned by adjusting the plasma parameters, Dr. Shelley’s contributions to the realm of spectroscopy have demonstrated the true impact he has had in this field.”

Shelley is the Alan Paul Schulz Career Development Professor of Chemistry at Rensselaer. He has been the recipient of several other awards, including the Bunsen-Kirchhoff Award from the German Working Group for Applied Spectroscopy of the German Chemical Society, the Tagungsstipendium Analytische Chemie from the German Chemical Society, a Humboldt Research Fellowship from the Alexander von Humboldt Foundation, and a Gordon F. Kirkbright Bursary Award from the Association of British Spectroscopists.

The 2020 Emerging Leader in Atomic Spectroscopy Award will be presented by Spectroscopy magazine at the 2020 Winter Conference on Plasma Spectrochemistry in Tucson, Arizona on Wednesday, January 15, 2020.