Raquel Velho to Speak on Caring for Infrastructures

Raquel Velho to Speak on Caring for Infrastructures 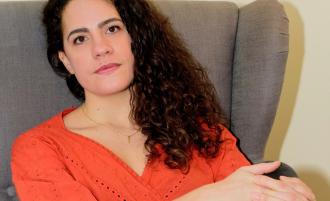 Raquel Velho, an assistant professor of science and technology studies at Rensselaer Polytechnic Institute, will deliver a talk titled “Monuments of Care: A Discussion About Infrastructures and Maintenance,” on October 10 at 6:30 at the Opalka Gallery at Russell Sage College. The gallery’s latest installation, “In-Faux-Structure,” addresses the power dynamics and disparities inherent in global and local infrastructures.

According to the gallery’s website, Velho will discuss “the labor that goes into the development, maintenance, and even dismantling of infrastructure to consider what it means to stop or begin caring about the infrastructures that surround us.”

Much of Velho’s work has focused on the intersection of infrastructure studies and disability studies, but lately she has begun questioning the promises made by big science infrastructures to the non-scientists who are impacted by them.

Motivated by the political unrest in her home country of Brazil, Velho’s latest research explores the impacts of large scientific research facilities on non-scientists in the “Global South,” defined by the World Bank as a group of countries largely in the Southern Hemisphere. Of particular interest to her is the Brazilian Synchrotron Light Laboratory (LNLS), the only synchrotron light source in Latin America.

“What happens when funding is slashed out of nowhere and promises can’t be kept?” Velho asks, referring to the effects of recent budget cuts to Brazilian universities and science research on maintenance workers and other non-scientists employed or living near the LNLS.

The other field site Velho has identified is the Atacama Large Millimeter Array (ALMA) Observatory in the Atacama Desert of Chile.

“ALMA is an astronomical observatory in Chile in the middle of the Atacama Desert, literally just propped up in the middle of a very marginalized population,” Velho said. She intends to study if the purported benefits of such a facility, such as wealth generation and various infrastructure improvements, actually materialize.

“How beneficial is it for populations to have these infrastructures present?” Velho asks. “And are all these benefits that are in the political and scientific rhetoric for the need to do big science ‘for the social good’ coming to fruition or not?”

Velho’s past research has explored the shortcomings faced by wheelchair users in the UK’s public transit system. This research instilled her with strong convictions in the field of infrastructure studies.

Velho’s talk this week comes immediately on the heels of the Maintainers III conference in Washington, D.C., which she helped to plan. According to its website, this was the third in “a series of conferences that celebrates and unpacks the concepts of maintenance, infrastructure, repair, and the myriad forms of labor and expertise that sustain our human-built world.” Velho served as the co-chair of the transportation track.

In addition to her academic work, Velho also contributes to Troy’s local art scene through her performance as a cellist for the band Joan Kelsey’s Silver Lining. Described as “chamber folk” music, the band released its EP Best last June and will release their album, Friends & Family, early next year.