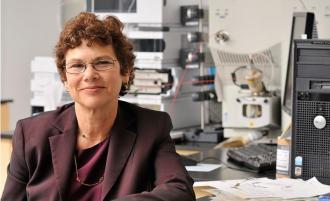 The Coalition for Networked Information (CNI), the Association of Research Libraries, and EDUCAUSE have announced that Francine Berman, the Edward P. Hamilton Distinguished Professor of Computer Science at Rensselaer Polytechnic Institute, has been named the 2020 recipient of the Paul Evan Peters Award, which “recognizes notable, lasting achievements in the creation and innovative use of network-based information resources and services that advance scholarship and intellectual productivity.”

Named for CNI’s founding director, the award will be presented during the CNI Membership Meeting in Washington, DC, to be held December 14–15, 2020, where Berman will deliver the Paul Evan Peters Memorial Lecture.

“This is a wonderful choice; I’ve worked with Fran on various committees and similar efforts over the years; she’s a genuine leader and consensus-shaper with a long record of identifying key community needs very early and then acting to address them," said CNI Executive Director Clifford Lynch.

Berman is widely recognized for her leadership in digital data stewardship, preservation, and cyberinfrastructure. Such infrastructure is critical to supporting data-driven research and new discovery in a broad variety of fields, including the digital humanities. Appointed by President Obama to the National Council on the Humanities, Berman has worked closely with the library and museum communities. She also co-chaired the Blue Ribbon Task Force on Sustainable Digital Preservation and Access and the National Academies Board on Research Data and Information. In 2012, she helped found the Research Data Alliance, an international, community-driven organization established to accelerate research data sharing and data-driven innovation worldwide.

An accomplished researcher and computer scientist, Berman is the former director of the San Diego Supercomputer Center and she was the first holder of the High Performance Computing Endowed Chair in the University of California, San Diego Jacobs School of Engineering. She is a Fellow of the Association for Computing Machinery (ACM), as well as of the Institute of Electrical and Electronics Engineers (IEEE). In 2019, she was selected to be a 2019–2020 Radcliffe Fellow, and she was elected to membership in the American Academy of Arts and Sciences.