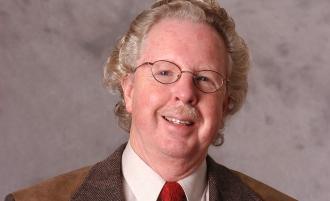 Langdon Winner, a professor at Rensselaer Polytechnic Institute, has been awarded the 2020 John Desmond Bernal Prize by 4S, the Society for Social Studies of Science.

Named for John Desmond Bernal, a molecular biologist and activist intellectual who wrote extensively about science and society, the Bernal Prize is a career award for distinguished contributions to the field of social studies of science, technology, and medicine, which is often referred to as STS.

Winner, an American political theorist and accomplished scholar, is the Thomas Phelan Chair of Humanities and Social Sciences in the Department of Science and Technology Studies at Rensselaer. He has long focused on the social and political issues that surround modern technological change.

“It is an honor to be recognized by my peers in science and technology studies,” Winner said. “The Bernal Prize acknowledges my consistent lifelong goal of fostering democratic perspectives in the design, development, and application of technologies of all kinds.”

Winner is the author of Autonomous Technology, a book that explores the rampant growth of technology in modern thought, and the acclaimed The Whale and the Reactor: A Search for Limits in an Age of High Technology, which is now in its second edition. Winner’s provocative essay, “Do Artifacts Have Politics?” is one of the most widely read and cited writings in the literature of STS.

The 4S Award Committee noted in a statement that Winner’s research provides insight to topics crucial to humanity.

“Winner’s persistence on public intellectual work is especially vital in the era of COVID-19, when the public mistrust of expertise and the political forces playing on it has ceased to be just fringe phenomena but have by now resulted in massive human tragedies in too many countries,” they observed.

The prize was presented virtually at the annual conference of 4S on August 19, 2020. Langdon’s acceptance talk, “The Democratic Shaping of Technology: Its Rise, Fall, and Possible Rebirth,” looked back over several decades of “technology assessment” in the U.S. and its significance public policy debates.