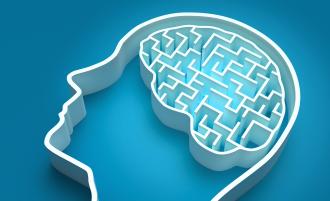 A cross-disciplinary team of faculty at Rensselaer Polytechnic Institute have launched the Alzheimer’s Prevention Project and created a website designed to encourage citizens to engage in activities that scientific research has identified will reduce the risk of developing Alzheimer’s disease.

The website, NoAlzD.org, is led by Larry Reid, a professor of psychology and neuroscience in the School of Humanities, Arts, and Social Sciences (HASS), who has dedicated more than 55 years of research into brain-related diseases, including Alzheimer’s.

“Currently, the only way of reducing the prevalence of Alzheimer’s disease is to prevent conditions that initiate and sustain its early development,” Reid said. “Fortunately, research supports the idea that there are achievable activities that can prevent Alzheimer’s from progressing from its early beginnings, hence preventing the disease from becoming devastating.”

Tailored for people who still have their cognitive functions, the website offers short questionnaires to determine the level of risk a person has for several of the established risk factors for Alzheimer’s. It also provides accessible research information and suggests cognitive training along with other activities, which has been shown to slow or even prevent the onset and progression of the disease.

“As many as 30% of Americans reaching retirement age are likely to develop the disease unless they do activities to prevent the disease,” Reid said.  “If the website reduces the prevalence of the disease by a mere 1%, that effect would be extremely gratifying and would save multimillions in health care costs. We, of course, aim to help more than 1%.”

Other contributors to the initiative are Alicia Walf, a senior lecturer in HASS, and Richard Plotka, a lecturer in the School of Science. Alumni Dylan Taylor and Mohammed Moftah and alumna Kaila Troia also supported the development of the website.