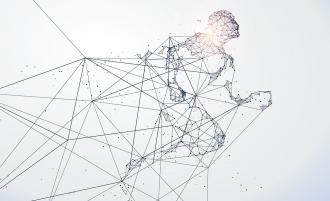 Deborah McGuinness and Jamie McCusker were awarded the Semantic Web Science Association (SWSA) Ten-Year Award for their research paper “When owl:sameAs isn’t the Same: An Analysis of Identity in Linked Data,” which shed light upon how the use of the semantic concept owl:sameAs was being used and misused for linking data sets on the Web of data.

The award recognizes the highest impact papers from papers published 10 years prior at ISWC, and was presented at the 2020 International Semantic Web Conference in November. The primary criteria for award selection is the number of citations in the following 10 years along with other indicators of impact. In addition to McGuinness and McCusker, Harry Halpin, Patrick J. Hayes, and Henry S. Thompson were co-authors on the paper.

As part of the AI Horizons Network's Health Empowerment by Analytics, Learning, and Semantics (HEALS) project, McGuinness and McCusker have been leading research initiatives for developing scientific knowledge graphs using the Whyis framework and exploring their use in various health care applications.

McGuinness is the Tetherless World Senior Constellation Chair and professor of computer and cognitive sciences at Rensselaer Polytechnic Institute. She is also the founding director of the Web Science Research Center at Rensselaer. McGuinness has been recognized with awards including as a fellow of the American Association for the Advancement of Science (AAAS) for contributions to the Semantic Web, knowledge representation, and reasoning environments. Her current research thrusts include work on semantically enabled schema and data integration, ontologies, open linked data, data science, and explainable AI to support a wide range of informatics and analysis efforts.

McCusker is director of data operations at the Rensselaer Institute for Data Exploration and Applications' Tetherless World Constellation. Their current interests are data and provenance interoperability in life sciences. They have worked as a software developer for 11 years in bioinformatics, high performance computing, data mining, natural language processing, and supply chain auditing.