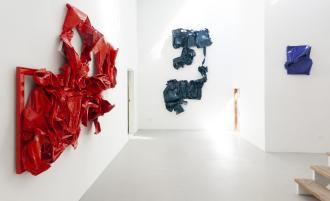 An educator, artist, architect, and writer, he was recognized for his “exploration of ideas through any medium of expression.”

Titus is the founder of Anthony Titus Studio, an interdisciplinary art and architecture practice in New York City. Since its inception in 2005, the practice has consistently explored the uniquely constructed spaces between architecture, painting, and sculpture. The work probes the recent histories of these three disciplines while opening a space for the exchange of ideas and the creation of new directions in design.

Parallel to his independent practice, Titus has taught architecture and art since 2002 and has been with Rensselaer since 2009.