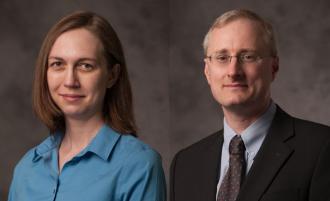 Rensselaer Polytechnic Institute researchers Mariah Hahn and Juergen Hahn have been elected as fellows of the Biomedical Engineering Society (BMES). Mariah Hahn, professor of biomedical engineering, was elected based on her achievements in soft tissue regeneration and inflammatory disease modeling. Juergen Hahn, professor and department head of biomedical engineering, was elected for his contributions to systems biology of metabolic and signaling networks and applications to autism spectrum disorder.

The BMES grade of fellow is a professional distinction granted by the Board of Directors upon a BMES member. This individual has demonstrated impactful achievements and has made significant contributions within the biomedical engineering community. They also have demonstrated considerable leadership within their field of interest and served within the society.