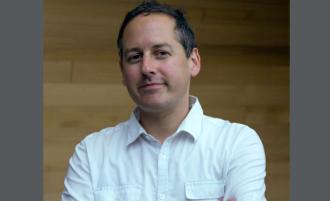 Nathan Meltz, a senior lecturer in the Department of Arts at Rensselaer Polytechnic Institute, recently organized the Screenprint Biennial at Opalka Gallery at Russell Sage College in Albany, New York.

Meltz, along with guest jurors John Hitchcock and Mizin Shin, selected the work of 25 artists from among nearly 300 international entries. The techniques utilized range from classic printing to augmented reality graphics and hydrographic printing, and individual pieces address everything from global politics to the intensely personal.

Meltz founded the Screenprint Biennial in 2014 to showcase the widest possible range of screenprint-based art, including framed prints, installation, sculpture, video, ephemera, and posters. This year’s biennial is the fifth in the series, and the second to be hosted by Opalka Gallery.

The Screenprint Biennial is presented in partnership with another exhibition and workshop, Graphic Liberation!, which is characterized by its creator, Brooklyn-based artist, designer, and activist Josh McPhee, as an attempt “to map out a visual language of solidarity, human liberation, and dignity."

"This year's biennial is unique in that it is partnering with Josh MacPhee's Graphic Liberation,” said Meltz. “So visitors to the gallery can actually make their own screenprints, risograph prints, and relief prints, using already prepared matrices based off the history of 19th, 20th, and 21st century political graphics."

The Screenprint Biennial will run through October 21, 2022, after which it will travel to the galleries of Mirabo Press in Buffalo, NY.