Rensselaer Professor Honored as a Visiting Fellow at University of Bologna

Rensselaer Professor Honored as a Visiting Fellow at University of Bologna 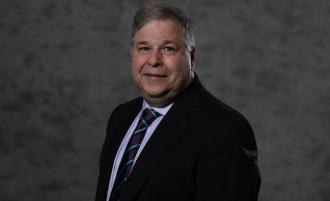 Rensselaer Polytechnic Institute’s Gaetano “Guy” Montelione, Constellation Endowed Chair in Structural Bioinformatics and Professor of Chemistry and Chemical Biology, was a Visiting Fellow at the Institute of Advanced Studies (ISA) of the Alma Mater Studiorum, University of Bologna for the month of September 2022. Montelione is highly regarded for his research on the SARS coronavirus 2 proteases called 3CLpro and PLpro.

“It is a wonderful honor to be recognized as a Visiting Fellow of the Institute for Advanced Studies at the University of Bologna,” said Montelione. “This one-month visit in Bologna, Italy, gives me the unique opportunity to share our ideas with colleagues in chemistry, biology, and pharmaceutical sciences, to learn new techniques from them, and to advance our research collaborations on the structures and functions of proteins from the SARS-CoV-2 virus, the cause of COVID-19.”

As part of this prestigious appointment, Montelione shared his research, conducted new research and study projects, and served as an ambassador of Rensselaer to the University of Bologna community.

Montelione’s research is at the forefront of using computer simulation to translate the DNA sequences of genes into the structures of the corresponding proteins. In collaboration with researchers in the United States and Europe, Montelione is exploring how this technology can allow the design and creation of novel proteins that do not exist in nature, and their impact in medicine and biotechnology.

“We’re incredibly proud of Professor Guy Montelione for being honored with this distinguished appointment,” said Curt Breneman, Dean of the School of Science at Rensselaer. “Guy’s many contributions to structural biology span both experiment and computation, and have greatly advanced the field.”