Rensselaer Researcher One of the Most Highly Cited

Rensselaer Researcher One of the Most Highly Cited 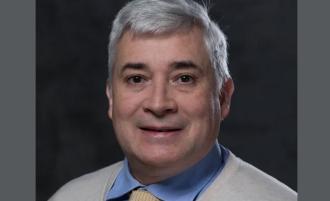 Rensselaer Polytechnic Institute’s Humberto Terrones Maldonado, Rayleigh Endowed Chair Professor of Physics, Applied Physics, and Astronomy, has been named one of the most highly cited researchers of 2022 by Clarivate. The distinction applies to only one in 1,000 researchers. According to Clarivate, “Highly Cited Researchers have demonstrated significant and broad influence reflected in their publication of multiple highly cited papers over the last decade.”

Terrones, who specializes in condensed matter physics, is interested in the electronic, optical, mechanical, and chemical properties of few-layered 2-D materials, as well as using them as building blocks to form new 3-D nanostructures. His accomplishments include introducing the concept of curvature in graphite and graphene proposing graphitic structures with negative Gaussian curvature called Schwarzites, along with Alan L. Mackay. Later, these ideas were implemented to understand defects in 2-D systems. Moreover, he has worked in the characterization of defects by Raman spectroscopy and by high-resolution transmission electron microscopy. Currently, with experimentalist collaborators at Rensselaer and Penn State, he is working on defective 2-D materials as single photon emission sources.

Terrones is a member of the World Academy of Sciences for the Advancement of Science in Developing Countries (TWAS), the Mexican Academy of Sciences, and he is a Fellow of the American Physical Society. According to Clarivate, Terrones’ work was cited more than 30,000 times and he has 297 published articles.