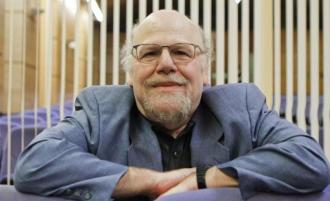 Rensselaer Polytechnic Institute’s James Hendler is the founding director of the Future of Computing Institute (FOCI), director of the Institute for Data Exploration and Applications (IDEA), and the Tetherless World Professor of Computer, Web and Cognitive Sciences.

On top of that, Hendler is chair of the Association for Computing Machinery. As such, he issued a statement about the White House’s Blueprint for an AI Bill of Rights:

“It is exciting to see the U.S. joining an international movement to help understand and control the impact of new computing technologies, and especially artificial intelligence, to make sure the technologies enhance human society in positive ways.”

The Blueprint for an AI Bill of Rights lays out five key principles. First, safe and effective systems should be ensured through pre-deployment testing and ongoing monitoring. Second, systems should be designed to be equitable and to avoid algorithmic discrimination. Third, people’s personal data should be protected and not used outside of the context for which it was collected. Fourth, people should be notified about how automated systems are used and their potential impact on the individual. Fifth, the ability to opt out is mandatory, as is the ability to consult with a human for troubleshooting purposes.

Although the Blueprint for an AI Bill of Rights is not enforceable, it represents one critical step forward in government’s struggle to keep up with technology.