After the Flood: Reflections on Hurricane Harvey and Hurricane Katrina 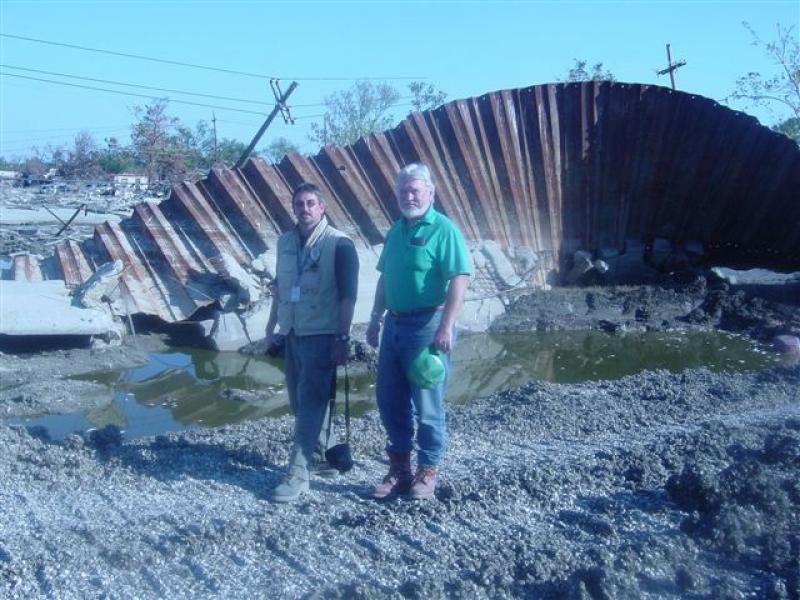 Rensselaer Researchers Make Virus-Fighting Face Masks
Are Immigrant Workers Impacted By Turmoil In Their Home Countries?
Think Working From Home Won’t Hurt Your Career? Don’t Be So Sure
New Theory of Decision-Making Seeks To Explain Why Humans Don’t Make Optimal Choices
The delivery market is coming down from its pandemic highs
August 30, 2017

After the Flood: Reflections on Hurricane Harvey and Hurricane Katrina

Troy, N.Y. — For the last few days, the world has been watching as Tropical Storm Harvey made landfall, first as a Category 4 hurricane late Friday in the Texas Gulf Coast. As the storm has moved out, some parts of the region may see more than 50 inches of rain, according to forecasters. With heavy rain still expected, rivers rising, and major dams outside of Houston overflowing as Storm Harvey pushes reservoirs past capacity, what can flood control officials and engineers do? Just ask Thomas Zimmie, a dam safety expert and professor of civil engineering at Rensselaer Polytechnic Institute, who has observed firsthand the destructive power and the aftermath of raging floodwaters during his more than four decades in the field.

“The devastation from Harvey is of historic proportions,” said Zimmie. “Understandably, emphasis is now on rescue and relief operations. A positive observation is that flood response has greatly improved since Katrina. We do learn from disasters, and flood officials, first responders, and engineers have learned many valuable lessons. Any loss of life is terrible, but the numbers will be much less than from Katrina.”

This week also marks the 12th anniversary of Hurricane Katrina. Over the years, Zimmie has been heavily involved with studies on the New Orleans levee failures caused by Hurricane Katrina. He was part of an NSF-sponsored investigative team that went to New Orleans shortly after Katrina. Zimmie also testified before the U.S. Senate Environment and Public Works committee that was holding hearings on Katrina levee failures. Since then, work on the levees has continued, in cooperation with the Corps of Engineers, using the Rensselaer geotechnical centrifuge, and this work also received a lot of interest from the media and various committees studying Katrina events.

In addition, to provide essential data for the rebuilding of the ravaged levees in New Orleans, for the past 10 years engineers from the School of Engineering at Rensselaer have been studying small-scale sections of the flood-protection system.

For example, last year Zimmie, along with a team of Rensselaer researchers, developed a game-changing approach to conducting centrifuge research that involved the development of a new visualization method to evaluate erosion quality and pattern. To gaming enthusiasts, the Kinect is Microsoft’s motion sensor add-on for the Xbox 360 gaming console. The device provides a natural user interface that allows users to interact intuitively and without any intermediary device, such as a controller. However, the team of Rensselaer researchers used the device to replace expensive sensors on its geotechnical centrifuge to better (and more economically) understand how levees fail when overtopped by large floods. The interdisciplinary project, funded by the National Science Foundation (NSF), focused on soil erosion, levees, and flood protection systems.

“To the best of our knowledge, this was the first time that a Kinect system has been used on a geotechnical centrifuge,” Zimmie said. “The objective of this research is to develop tools that would improve the understanding of the process of levee failure because of erosion and reduce the future risk of failure in order to protect lives and property.”

In addition to Zimmie, the Rensselaer team that worked on the project included Barbara Cutler, associate professor of computer science, who also serves as an affiliated faculty member in the Curtis R. Priem Experimental Media and Performing Arts Center (EMPAC); W. Randolph Franklin, professor in the Department of Electrical, Computer, and Systems Engineering; and civil engineering Ph.D. graduate Mehrad Kamalzare ’13, who joined the faculty at Cal Poly Pomona, and serves as an assistant professor in the Department of Civil Engineering.

During recent decades, there have been continuing efforts to study dam-break hydraulics, including numerical and experimental investigations of dam-break flows and the potential damage caused by the flows.

According to Zimmie, hydraulic erosion is a complicated phenomenon and depends on many different parameters. To improve design criteria for levees, embankments, and earthen structures, the development of realistic computer models that can simulate the erosion process is necessary. For the research team, the Kinect served as a low-cost sensor, enabling the measurement of the rate of soil erosion, which, if done at all, usually requires expensive equipment. The application of this method in other laboratory experiments was also investigated by the team.

The research findings were featured in the article titled “New Visualization Method to Evaluate Erosion Quantity and Pattern,” which appeared in the American Society for Testing Materials (ASTM) Geotechnical Testing Journal.

Zimmie’s research exemplifies the vision of The New Polytechnic, an emerging paradigm for teaching, learning, and research at Rensselaer, the foundation of which is the recognition that global challenges and opportunities are so great they cannot be adequately addressed by even the most talented person working alone. Rensselaer serves as a crossroads for collaboration — working with partners across disciplines, sectors, and geographic regions — to address complex global challenges, using the most advanced tools and technologies, many of which are developed at Rensselaer.

For more story ideas, visit the Rensselaer research and discovery blog at: http://approach.rpi.edu