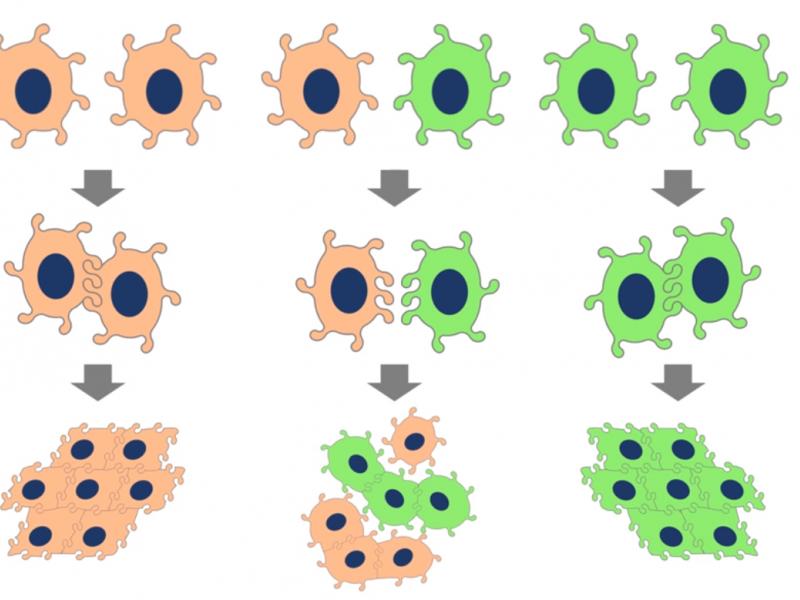 Research finds some diseases cause cells to reverse orientation

An enzyme activated in diabetics has been found to cause previously aligned cells in a blood vessel to reverse their orientation, creating misalignments that allow veins and arteries to leak three times more blood proteins than normally constructed blood vessels. Controlling the enzyme could ease symptoms of swelling, nerve pain, localized low blood pressure, and risk of infection in diabetes, other diseases that cause blood vessels to leak, and smoking.

The finding, which is published today in Science Advances, stems from a closer examination of the chirality, or “handedness,” of cells. Chirality is a property of asymmetry found at all scales of life, from the level of molecules to organisms. Like left and right hands, cells that display chirality are mirror images of one another. This is the first study to move beyond the effects of cell chirality on embryonic development, and examine its effects on physiological processes.

“This research tells us that chirality can change in your lifetime after birth, which is surprising,” said Leo Wan, lead author of the research, and associate professor of biomedical engineering and member of the Center for Biotechnology and Interdisciplinary Studies at Rensselaer Polytechnic Institute. “But if here we see that disease can reverse chirality, we can also envision targeted therapies to block that process.”

The endothelial cells that line the interior of a blood vessel commonly share a right-hand orientation, fitting neatly together to form a semi-permeable barrier that tightly controls the passage of proteins and cells from the bloodstream into the surrounding tissue. But the new research shows that even low levels of the protein kinase C (PKC) – activated in diseases like diabetes – in blood vessels can cause some cells to reverse chirality, flipping to left-hand orientation and creating gaps between right- and left-hand cells that increase permeability threefold.

Wan said understanding this process could lead to the development of a therapy that would block alterations of cell chirality inside blood vessels, a targeted approach that he anticipates as fairly easy to achieve.

This research is part of a larger focus on translational medicine in diseases, including diabetes, at the Center for Biotechnology and Interdisciplinary Studies, and is an example of the collaborative work that is central to The New Polytechnic, the driving model for teaching, learning, and research at Rensselaer.