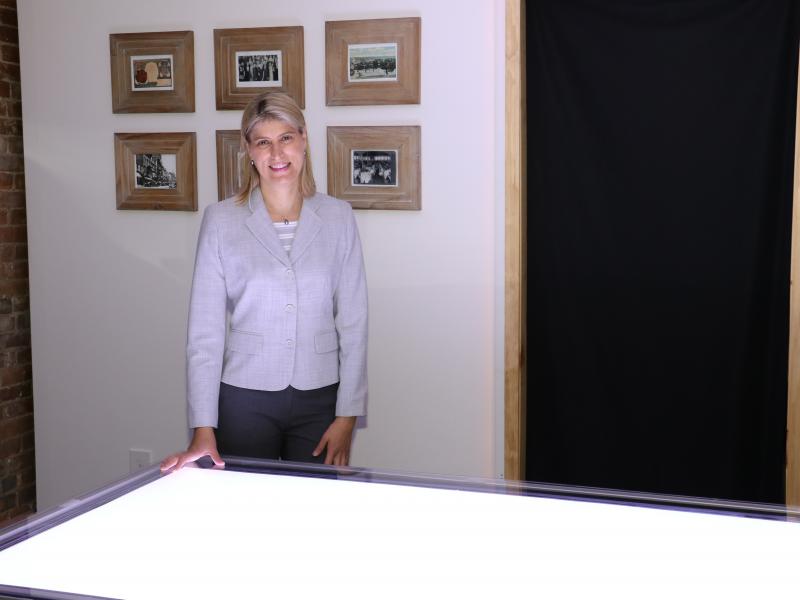 The research is led by Mariana Figueiro, LRC director.

Research could benefit the more than 5.7 million Americans living with Alzheimer’s disease

Dr. Mariana Figueiro, LRC director, will serve as the principal investigator and will work with Dr. Christoph Buettner and Dr. Mary Sano of the Icahn School of Medicine at Mount Sinai to study whether a novel tailored lighting intervention designed to promote circadian entrainment can reduce metabolic impairment in Alzheimer’s and mild cognitive impairment (MCI) patients.

Alzheimer’s disease and type 2 diabetes are closely linked, yet the relationship between these two diseases is poorly understood. Insulin resistance, a hallmark of type 2 diabetes, appears to develop in the brains of individuals with Alzheimer’s and may account for the epidemiological link between the two diseases. Studies show that circadian disruption impairs metabolic control and increases the risk for diabetes and obesity. Conversely, disrupted sleep and depression are linked with impaired metabolic control and increased diabetes risk. Notably, Alzheimer’s is associated with circadian disruption, which may be amplified by exposure to irregular light-dark patterns or constant dim light. To what extent circadian disruption contributes to increased metabolic risk in Alzheimer’s remains unclear. This will be the first study to investigate whether a lighting intervention designed to re-entrain circadian rhythms can improve metabolic control in Alzheimer’s and MCI patients.

The Mount Sinai team will focus on individuals with MCI to ascertain how long-term use of light therapy can reduce metabolic disorder and delay transition to Alzheimer’s disease, while the LRC will evaluate the impact of light in those who are already at the later stages of Alzheimer’s disease.

Dr. Figueiro is among the world’s leading experts in the area of light and health, with a focus on bridging science to practical applications aimed at improving human quality of life. She has made a significant impact on this developing field and continues to actively expand her influence through translational research and teaching. Figueiro is principal investigator of various research projects within the LRC, including two R01 grants and a Training Program (T32) grant from the National Institute on Aging and one R01 grant from the National Institute for Occupational Safety and Health and the Centers for Disease Control and Prevention, as well as grants from the U.S. General Services Administration and the Office of Naval Research. She regularly collaborates with lighting industry leaders such as Acuity Brands, Cree, Current by GE, Ketra, OSRAM, and USAILighting. She has served as LRC Light and Health Program Director since 1999, and in 2017 was named Director of the LRC, overseeing the entire 30,000-sq.-ft. research center and more than 35 full-time faculty and staff.