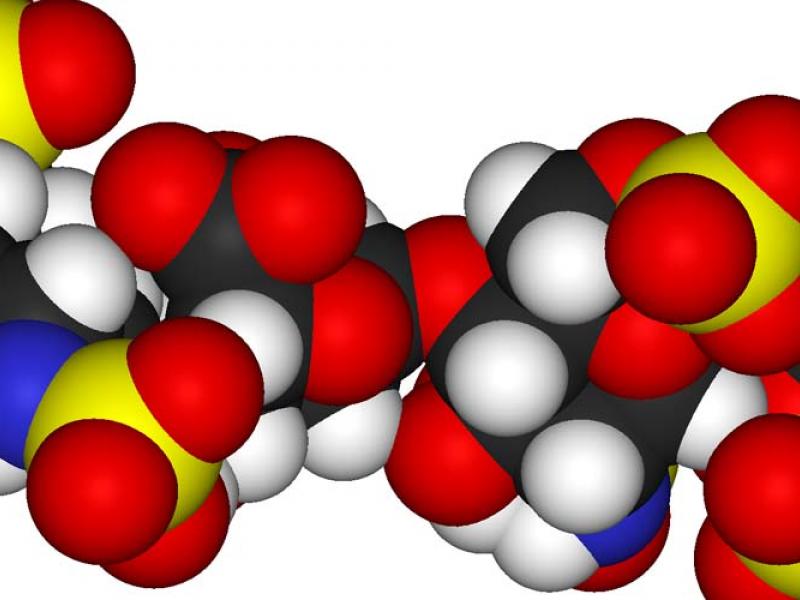 The loss of memory and cognitive function known to afflict survivors of septic shock is the result of a sugar that is released into the blood stream and enters the brain during the life-threatening condition. This finding, published today in the Proceedings of the National Academy of Sciences, explains the premature mental aging that follows septic shock and may shed light on memory loss in other diseases.

“This sugar is getting into the hippocampus, and it shouldn’t be in there,” said Robert Linhardt, professor of biocatalysis and metabolic engineering and member of the Center for Biotechnology and Interdisciplinary Studies at Rensselaer Polytechnic Institute, and lead author of the study. “We actually think this is rewiring memory in the hippocampus, and it’s causing memory loss. Neural circuits are being disrupted or broken or connected in the wrong way.”

The study is the latest outcome of a six-year partnership between Linhardt and Dr. Eric Schmidt, an expert on sepsis and assistant professor in the Department of Medicine at University of Colorado Denver.

Sepsis is a systemic infection of the body. One-third of patients admitted to hospitals with sepsis go into septic shock. Of those, half will die. In a 2016 study published in the American Journal of Respiratory and Critical Care Medicine, a team that included Schmidt and Linhardt developed a simple but accurate test for determining whether patients in septic shock would recover or die.

The test uses a urine sample to check concentrations of a type of sugar – glycosaminoglycans –  that ordinarily coat cells lining blood vessels and other surfaces inside the body. In septic shock, the body sheds fragments of these sugars, and the team found that higher concentrations portend death. The test is used in clinical settings, and the insight has helped doctors search for more effective therapies.

Their next step tested whether a link exists between the sugars and mental aging associated with septic shock. Research published in the February edition of the Journal of Clinical Investigations showed that, during septic shock, fragments of the sugar heparan sulfate crossed the blood-brain barrier and entered the hippocampus, a region of the brain critical to memory and cognitive function. Evidence indicated that the heparan sulfate might be binding with brain-derived neurotrophic factor (BDNF), which is critical to hippocampal long-term potentiation, a process responsible for spatial memory formation. The researchers also found that presence of an enriched heparan sulfate in the blood plasma of septic patients upon admission to an intensive care unit predicted cognitive impairment detected 14 days after discharge.

To be sure, the researchers wanted to see the heparan sulfate enter the hippocampus and bind with BDNF. The new study in PNAS shows exactly that. To follow heparan sulfate into the brain in a sea of other sugars moving through the bloodstream Linhardt’s team had to synthesize heparan sulfate tagged with a stable carbon isotope, which unlike many other labeling methods, is completely safe and was identical to the natural sugar. It took them two years to figure out how to do it.

“Now that we know the cause of cognitive damage in septic shock, it gives us a clear target for a drug therapy: something that binds to the sugar and clears it, or an enzyme that converts it to something that won’t impair cognitive function,” Linhardt said. “This is an important advance, and we’re excited about the story that’s unfolding.”

At Rensselaer, Linhardt is joined in the research by Xing Zhang and Xiaorui Han. At University of Colorado, Schmidt is joined by Yimu Yang, Kaori Oshima, Sarah Haeger, Mario Perez, Sarah McMurtry, Joseph Hippensteel, Joshay Ford, and Paco Herson. The current research also includes Linhardt’s former student, Jian Lu, now on the faculty at the University of North Carolina at Chapel Hill, and his colleague, Yongmei Xu, who led in the synthesis of the tagged sugar.