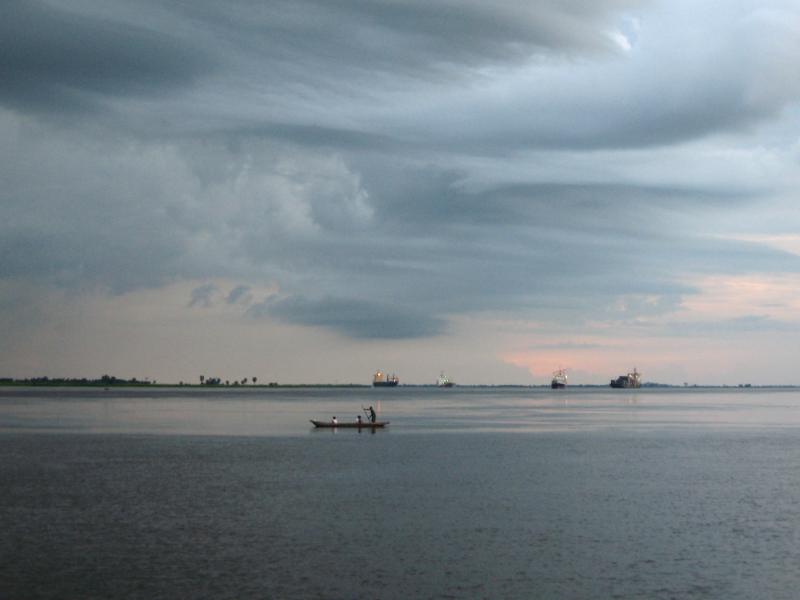 Space travel is heating up—and so are rocket fuel emissions. These companies are developing cleaner alternatives to protect earth first
Why Do Fossil Fuels Have So Much Carbon Stored in Them?
Rensselaer Creates Course Program Focused on Training in Micro and Nanofabrication Cleanroom Technology
Lighting Up Troy
Rensselaer Researcher Awarded NASA Space Biology Grant for Work Focused on Spaceflight Stressors
November 7, 2019

In understanding the global carbon cycle, “black carbon” — decay-resistant carbon molecules altered by exposure to fire or combustion — has long been presumed to  originate on land and work its way to the ocean via rivers and streams. An unexpected finding published today in Nature Communications challenges that long-held assumption and introduces a tantalizing new mystery: If oceanic black carbon is significantly different from the black carbon found in rivers, where did it come from?

“The signature of oceanic dissolved black carbon is very different from that of riverine dissolved black carbon, raising a host of fundamental questions,” said Sasha Wagner, a Rensselaer Polytechnic Institute assistant professor of earth and environmental sciences and lead author of the research. “Are there other sources of dissolved black carbon? Is it being degraded away in rivers, sequestered in sediments, or altered beyond recognition before it reaches the open ocean? Is what we’ve measured actually fire-derived?”

In exploring such questions, Wagner developed a new technique for analyzing black carbon. Sources of black carbon have traditionally been tracked using a ratio between molecular proxies. But, given that the ratio is easily altered with exposure to sunlight, the method is unreliable when used in aquatic environments. Wagner’s new approach incorporates carbon isotopes — variants of carbon that contain differing numbers of neutrons — to discern different sources of dissolved black carbon. By performing stable carbon isotope analysis on the individual proxy molecules, it becomes possible to track terrestrial sources of black carbon as it moves from soils to the ocean.

In her newly published research, Wagner used the technique to ask a broad question, comparing samples taken from the Atlantic and Pacific Oceans with large rivers including the Amazon, Mississippi, Congo, and two Arctic Rivers.

“The values are really different, and while we’re still in the very early days of using this method, that result tells us that the black carbon in the ocean isn’t coming from rivers,” Wagner said. “Riverine dissolved black carbon isn’t reaching the oceans, and that raises a lot of exciting alternatives we should explore.”

“The use of isotope ratios to discern the separate origins of black carbon from lakes and streams from that found in the sea has disrupted some long-held beliefs in the scientific community." said Curt Breneman, dean of the Rensselaer School of Science.  "Sasha Wagner’s innovative approach to this compelling question is a great example of how faculty members at Rensselaer keep pushing the frontiers of science forward by asking hard questions and challenging the status quo.”

“Isotopic composition of oceanic dissolved black carbon reveals non-riverine source” was supported by the National Science Foundation (Chemical Oceanography #1756812, #1756733, and #1635618; Office of Polar Programs #1500169). Wagner was joined in the research by Jay Brandes and Kun Ma at the University of Georgia (Skidaway Institute of Oceanography), Robert G.M. Spencer at Florida State University, Sarah Z. Rosengard at the University of British Columbia, Jose Mauro S. Moura at the Federal University of Western Para in Brazil, and Aron Stubbins at Northeastern University.