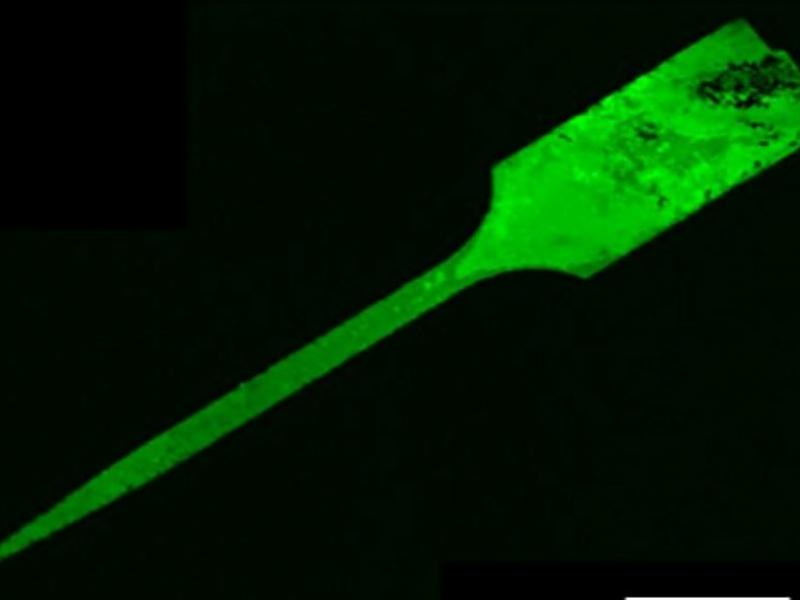 For individuals with central nervous system paralysis, the effectiveness of neuroprosthetic technology — such as brain-controlled prosthetic limbs or muscle stimulation devices — makes a world of difference. If the process of implanting tiny electrodes in the brain were to be improved, allowing for stronger and longer lasting communication between neurons and external devices, it could significantly enhance quality of life.

With the support of a four-year $1.2 million grant from The Department of Veterans Affairs, an interdisciplinary team of engineers from Rensselaer Polytechnic Institute aims to create a polymer coating that could potentially be capable of reducing the body’s inflammatory response following the implantation of these electrodes.

The inflammatory response that often occurs when microelectrodes are implanted in the brain causes central nervous system scarring near the implant and a loss of neurons. Over time, the scarring and neuron loss will diminish the current of information being fed from the brain to an exterior prosthetic device or technology.

Gilbert will work with Edmund Palermo, an assistant professor of materials science and engineering at Rensselaer, to develop a polymer coating out of curcumin, a chemical compound found in turmeric, which has both anti-inflammatory and antioxidant properties. But first, the researchers need to tackle the challenge of how to turn curcumin, a fairly unstable molecule, into a polymer material.

“The chemistry and the coating processing require careful optimization,” said Palermo, who is also a member of the Center for Materials, Devices, and Integrated Systems (cMDIS) at Rensselaer.

From there, the team has to design a technology for coating the electrode in such a way that it would ultimately be able to withstand implementation. The team also wants the final polymer to slowly release the curcumin so it could neutralize inflammation at the implementation site and then degrade away, so as to not interfere with the electrode’s electrical conductivity.

“It needs to be a degradable coating that protects the implant on the way in, tamps down the injury, and then allows the neurons to establish a connection,” Palermo said.

If the team’s polymer could reduce scarring tissue that is formed, electrodes would continue to work for a longer period of time, therefore reducing the number of surgeries needed for electrodes to be replaced.

“What we’re trying to do with this polymer is reduce that scarring so that we can have better communication between the electrode and the brain tissue for more chronic timeframes, so several months — if not years — after implantation,” said Gilbert, who is also a member of the Center for Biotechnology and Interdisciplinary Studies (CBIS) at Rensselaer.

In addition to its eventual use for neuroprosthetics, this new biomaterial coating could also potentially be used on things like catheters, sutures, or anything else that is introduced into the body to reduce the inflammatory response.