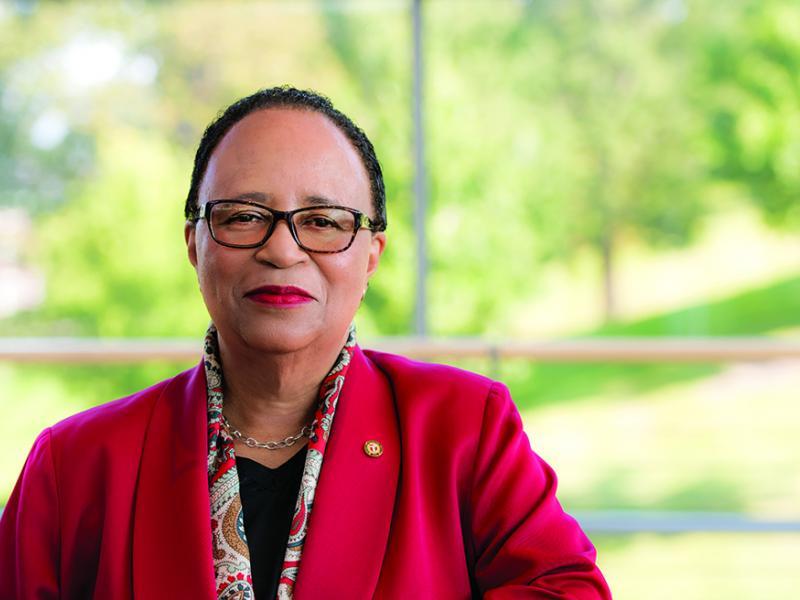 After more than two decades, President Jackson to step down following completion of her current contract

More than two decades ago, Dr. Shirley Ann Jackson became the first African American woman to lead a top-ranked research university when she was named the 18th President of Rensselaer Polytechnic Institute. Today, President Jackson announced to the Rensselaer community that she intends to step down from her historic post in 2022.

“It has been the privilege and honor of my professional career to serve as President of Rensselaer since 1999,” President Jackson said in her message to the campus. “Throughout my tenure, the Institute has transformed into a vibrant community, with significant investments in new and existing academic, research, and residential facilities.”

“I want to express my deep personal admiration and gratitude, and that of the other Trustees, to her and for what she has done for RPI these past 22 years, and for my own privilege of working with her for 16 of those years — the past five as Chair of the Board of Trustees — recognizing that my words can never suffice to thank her adequately for her leadership, vision, tireless efforts, and accomplishments during that time,” said Arthur Golden ’66, Chairman of the Rensselaer Board of Trustees.

At Rensselaer, President Jackson has ushered in world-class facilities to campus, including the Center for Biotechnology and Interdisciplinary Studies (CBIS), the Curtis R. Priem Experimental Media and Performing Arts Center (EMPAC), the Center for Computational Innovations (CCI), and the East Campus Athletic Village (ECAV). In April, as part of President Biden’s Leaders Summit on Climate, she announced the launch of the Institute for Energy, the Built Environment, and Smart Systems (EBESS).

Among other accomplishments, President Jackson championed The Rensselaer Plan and The Rensselaer Plan 2024 to increase investments in research, faculty, facilities, and student life; oversaw the hiring of more than 450 new faculty members; strengthened the endowment, which has reached a record of more than $1 billion; transformed the student experience with Clustered Learning, Advocacy, and Support for Students (CLASS); and developed the Arch — a program that gives students the opportunity to complete internships or research away from the Rensselaer campus in their chosen field.

Over the last year, President Jackson has safely guided Rensselaer through the challenges of the COVID-19 pandemic. “Navigating the university through the unprecedented, global pandemic this past year tested our courage, agility, and flexibility,” she said. “We passed the test with flying colors.”

President Jackson began her trailblazing career after graduating from MIT with a Ph.D. in Theoretical Elementary Particle Physics and an S.B. in Physics. She was the first African American woman to receive a doctorate from MIT in any field. President Jackson has often applied her expertise in service to the nation, serving as Chairman of the U.S. Nuclear Regulatory Commission from 1995 to 1999 and on the President’s Council of Advisors on Science and Technology from 2009 to 2014. She was also appointed as Co-Chair of the President’s Intelligence Advisory Board in 2014 by President Barack Obama. In 2016, President Obama awarded President Jackson the National Medal of Science, the nation's highest honor for contributions in science and engineering.

In her message to campus, President Jackson emphasized the importance of looking forward. This fall, Rensselaer will enroll the most accomplished freshman class in Institute history. And 2024 will mark 200 years since the founding of Rensselaer, the first technological research university in the country. President Jackson said she will spend her remaining year working to cement key initiatives endorsed by the Board of Trustees and advancing the ongoing capital campaign.

“In the months ahead, I look forward to the opportunity to personally thank you for your collaboration, contributions, and support over the years,” President Jackson told the Rensselaer community. “Let us look to the 200th anniversary of Rensselaer Polytechnic Institute with the relentless curiosity and commitment to make the world a better place that is the hallmark of this special institution.”