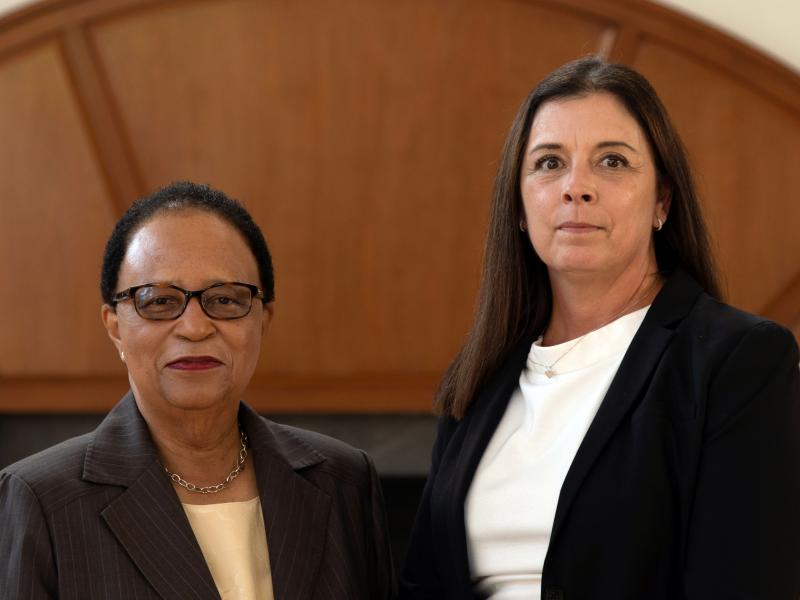 Rensselaer Polytechnic Institute President Shirley Ann Jackson was recognized by the Federal Bureau of Investigation (FBI) for her outstanding contributions to the community. FBI officials presented President Jackson with the FBI Albany Division’s 2020 Director’s Community Leadership Award at a ceremony on Tuesday.

“Dr. Jackson’s ability to recognize and comprehend national security threats that impact our communities and her commitment to creating a strong partnership between the FBI and RPI has created a remarkable collaboration the Albany Division is lucky to have,” said Janeen DiGuiseppi, special agent in charge of the FBI’s Albany Division, who presented the award.

For more than two decades, the FBI has presented the DCLA to extraordinary citizens from around the country who share a willingness to lead, and whose work directly impacts the mission of the FBI. Each of the FBI’s 56 field offices nominates one honoree who has been a strong and engaging partner and has demonstrated outstanding contributions to their community through service.

In a statement, the FBI said “there are truly countless ways Dr. Jackson makes the community stronger and the Albany Division more impactful, and we are honored to recognize her partnership with this important award.”

Among those contributions, the FBI recognized the following:

Since becoming the 18th President of Rensselaer in 1999, she has led an extraordinary transformation of the campus through state-of-the-art research platforms that include the Center for Biotechnology and Interdisciplinary Studies, the Curtis R. Priem Experimental Media and Performing Arts Center, and the Center for Computational Innovations, which houses the most powerful supercomputer at an American private university.

Beyond her transformational work on campus, President Jackson is an outstanding partner to law enforcement agencies within the community. She partners with federal, state, and local law enforcement for various training exercises that are paramount in ensuring agencies can seamlessly work together to respond to acts of unthinkable violence.

President Jackson is also a valuable member of the division’s Joint Terrorism Task Force (JTTF) Executive Board. Her extensive and impressive work within the intelligence community has had a tremendous impact on the mission of the FBI.