The Tipping Point for Legislative Polarization 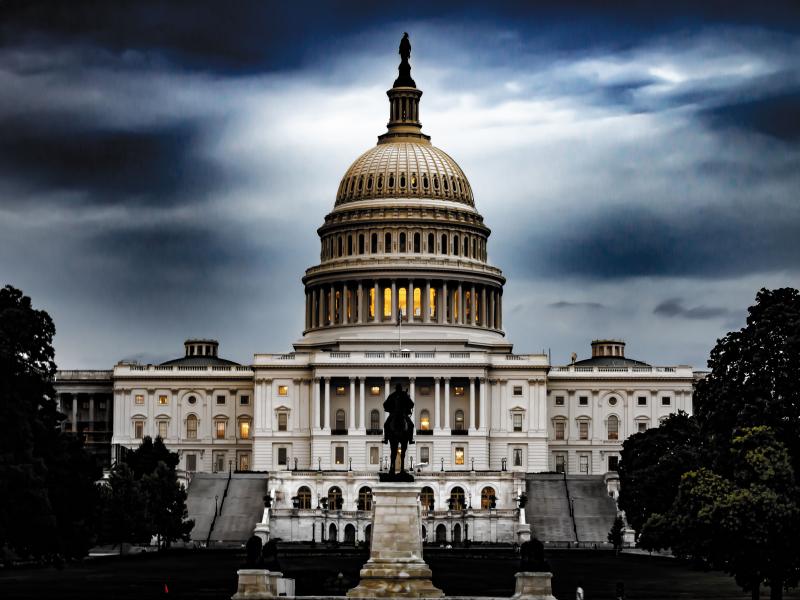 The Tipping Point for Legislative Polarization

A predictive model of a polarized group, similar to the current U.S. Senate, demonstrates that when an outside threat – like war or a pandemic – fails to unite the group, the divide may be irreversible through democratic means. Published today in the Proceedings of the National Academy of Sciences as part of a Dynamics of Political Polarization Special Feature, the model identifies such atypical behavior among the political elite as a powerful symptom of dangerously high levels of polarization.

“We see this very disturbing pattern in which a shock brings people a little bit closer initially, but if polarization is too extreme, eventually the effects of a shared fate are swamped by the existing divisions and people become divided even on the shock issue,” said network scientist Boleslaw Szymanski, a professor of computer science and director of the Army Research Laboratory Network Science and Technology Center (NeST) at Rensselaer Polytechnic Institute.  “If we reach that point, we cannot unite even in the face of war, climate change, pandemics, or other challenges to the survival of our society.”

The model – essentially a game that simulates the views of 100 theoretical legislators over time – allowed researchers to dial up party identity, intolerance for disagreement, and extremism to levels such that almost no degree of shock could unite the legislative group. In some situations, the simulation revealed that even the strongest shock fails to reverse the self-reinforcing dynamics of political polarization.

Szymanski worked with fellow network scientists Jianxi Gao, a Rensselaer assistant professor of computer science and member of NeST, and Michael Macy of Cornell University. NeST is actively engaged in research on network polarization, with findings that include a study on how improved search algorithms could reduce polarization, and a pending-publication analysis of news shared on Twitter during the 2016 and 2020 presidential elections.

The work builds on an earlier general model Szymanski developed to study the interactions of legislators in a two-party political system. Although the model isn’t specifically tuned to distinctive practices, customs, and rules of the U.S. Congress, it was trained using data, and previous research comparing model outcomes to 30 years of Congressional voting records demonstrated strong predictive power. In one finding from that work, the model accurately predicted the shift in polarization in 28 of 30 U.S. Congresses.

To simulate the behavior of a group as complex as a legislative body, the model creates 100 members of a legislature, with varying positions on 10 divisive issues (such as gun control or abortion) and a fixed level of party loyalty. Over time, the model tracks each member’s position on the 10 issues as they interact with network neighbors with similar positions, and even form small groups among like-minded members. The team manipulates a group of “control parameters” to test how intolerance, party identity, extremism, and the strength of an outside threat might impact polarization.

And then, into this game, the research team dropped a new issue, the outside threat, and recorded how the group behaved. Graphs depicting the relationship between polarization and the control parameters show that some situations reach the tipping point, which researchers call a “phase transition,” in which measures of polarization begin to inexorably climb. In some cases, by dialing down the control parameters, the trend can be reversed. But in others, no recovery is possible.

“Although political polarization is nothing new, expanding political division is creating an unpredictable environment that threatens the capacity of government to respond rationally in a crisis,” said Curt Breneman, dean of the Rensselaer School of Science.  “This research is designed to enhance societal resilience by predicting when the level of political polarization within an influential group is nearing the point where a sudden threat will no longer produce collective action.”

At Rensselaer, Szymanski and Gao were joined in the research by Manqing Ma and Daniel Tabin. “Polarization and Tipping Points” was supported by the U.S. Army Combat Capabilities Development Command’s Army Research Laboratory, the National Science Foundation, and the Rensselaer-IBM Artificial Intelligence Research Collaboration.