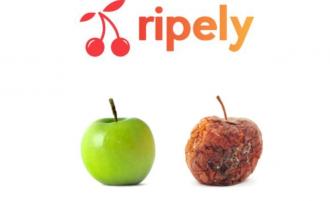 Alex Connor, a Ph.D. chemical and biological engineering candidate at Rensselaer Polytechnic Institute, won first place in the Agtech and Food Industry track in the 12th annual New York Business Plan Competition (NYBPC) for his presentation on Ripely, his proposed business geared toward extending the shelf life of fresh produce. Connor was also named a finalist in the Grand Prize competition.

Connor calls Ripely “the largest innovation in fighting food waste since refrigeration.” He said that the shelf life of fruits and vegetables can be doubled just by spraying them with his product, which combines a small amount of silk protein and water.

The NYBPC is an annual intercollegiate business model competition where nearly 700 students from more than 50 New York colleges and universities compete for recognition, prize money, and opportunities to make connections with business and industry.

His faculty advisers at Rensselaer are Mattheos Koffas, a professor, and Helen Zha, an assistant professor, both from the School of Engineering.