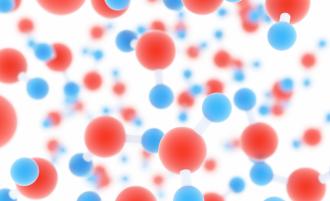 The Biden-Harris administration has set a national goal of reaching net-zero emissions by the year 2050. Technologies that can reduce carbon emissions created during the production of various chemicals — like biofuels — will provide an important step toward that goal.

Carbon is a major atomic component in countless chemicals and biofuels, as well as a common byproduct in the form of carbon dioxide (CO2). Traditional fermentation processes for producing such products rely on microorganisms that emit large quantities of CO2. If researchers could find a way to avoid such emissions and to actually incorporate CO2 into the product, important environmental and economic benefits would result.

With the support of a more than $2.5 million contract from the Advanced Research Projects Agency (ARPA-E) of the Department of Energy, researchers at Rensselaer Polytechnic Institute will collaborate with colleagues at Stanford University and BioChemInsights Inc. to design an innovative chemical production process that ultimately incorporates CO2 captured from the atmosphere into the product, instead of releasing more into the environment.

“I think it makes a lot a sense from an environmental point of view, but also an economic point of view, to find a way to capture this waste carbon dioxide,” said Mattheos Koffas, who is leading the collaboration at Rensselaer alongside Jonathan Dordick. Both are professors of chemical and biological engineering and members of the Center for Biotechnology and Interdisciplinary Studies.

Through this project, researchers will develop a cell-free process in which glucose derived from cornstarch or other renewable sources is combined with CO2 derived from the atmosphere or from CO2-producing industrial processes to produce succinic acid — a commodity chemical widely used in various applications. The process they develop, Koffas said, can then be adapted to other biochemical products, including biofuels, in a way that increases product yields, energy efficiency, and the productivity of the innovative facility.

“If we can actually capture the carbon and turn it into something useful, and something that has value, it’s not a waste anymore,” Koffas said.

The overall project will be led by James Swartz, a professor of chemical engineering and bioengineering at Stanford University.