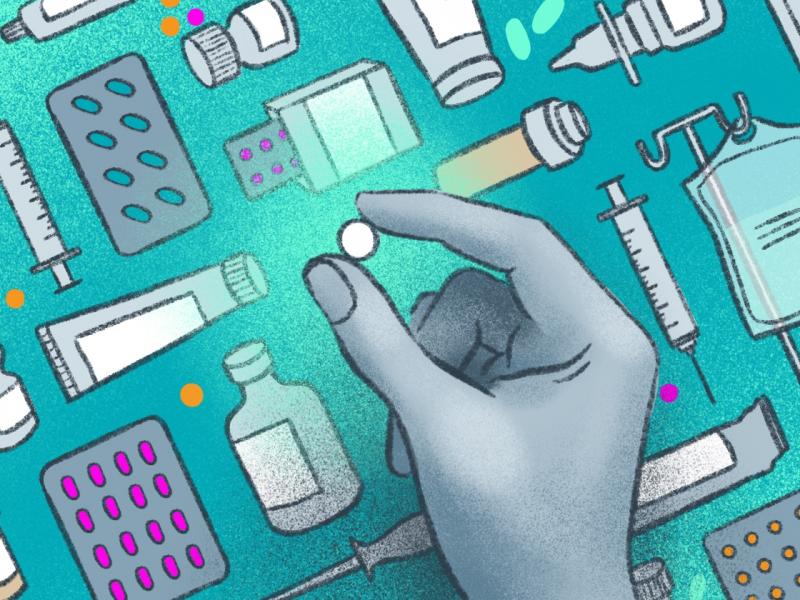 When combined with drugs currently used to treat hepatitis C, the antiviral remdesivir is 10 times more effective in treating cells infected with SARS-CoV-2, the virus that causes COVID-19.

Published this week in Cell Reports, this finding — from Gaetano Montelione, a professor of chemistry and chemical biology at Rensselaer Polytechnic Institute, and his collaborators at the Icahn School of Medicine at Mount Sinai and the University of Texas at Austin — raises the potential for repurposing available drugs as COVID-19 antivirals in cases where a vaccine isn’t practical or effective.

Remdesivir, which blocks viral replication by interfering with a viral polymerase, must be administered intravenously, limiting its use only to patients sick enough to be admitted to a hospital. However, the efficacy of the drug combination would extend to other polymerase inhibitors, of which at least one orally administered version is under development, making possible an oral drug combination that could be taken at home.

“Nearly 3 million people have died worldwide from COVID-19. There are situations where the vaccine isn’t the best option and it would be helpful to have orally available antivirals,” said Montelione, a member of the Rensselaer Center for Biotechnology and Interdisciplinary Studies (CBIS). “Here we see a promising synergy that, if confirmed through additional research and clinical trials, could provide a new antiviral to combat COVID-19.”

Repurposed drugs, already approved for use as therapeutics for a different disease, could potentially be approved for clinical use more rapidly than newly developed, more specific, and potent drugs. Remdesivir itself is a repurposed antiviral drug, originally developed to treat hepatitis C, Ebola virus disease, and other viral infections.

“Repurposed drugs have the potential to be tested and approved quickly for safe use, while more effective therapies are under development” said Robert Krug, virologist and professor emeritus at the University of Texas at Austin, who helped to initiate the collaboration,  interpret the results, and write the paper.

The Cell Reports paper identifies four hepatitis C drugs, simeprevir, grazoprevir, paritaprevir, and vaniprevir, which exhibited a synergistic effect – an effect that is greater than the sum of its parts. For example, when administered at low doses to virus-infected cells in the presence of simeprevir, 10 times less remdesivir is needed to inhibit 90% of the virus than when remdesivir is used on its own. Increasing the efficacy of the polymerase inhibitor remdesivir reduces the dosage required, and therefore could be more effective, and also reduce unwanted side effects in treating COVID-19.

The researchers discovered the synergistic effect as part of an effort to identify existing drugs that could be used against COVID-19. Remdesivir and the hepatitis C drugs inhibit viral replication, but they target different aspects of the process. The RNA that the virus injects into the cell causes it to make two polyproteins, which are then cut into more than two dozen smaller pieces that help to replicate the virus, and make excellent targets for antivirals that block their activity. Remdesivir targets a polymerase cluster, but many antivirals target viral proteases, enzymes that are required for the life cycle of the virus.

In earlier work, Montelione, Krug, and Khushboo Bafna, a postdoctoral fellow at Rensselaer, used a bioinformatics approach to identify existing proteins that resemble the coronavirus protease structures. The search identified a “striking similarity” with a protease from the hepatitis C virus, which is the target of several approved drugs. This similarity between the structures of key proteases of the two viruses raised the possibility that existing drugs that bind and block the hepatitis C protease would have the same effect on at least one of the proteases, called Mpro, in SARS-CoV-2. That possibility was borne out by multiple subsequent studies, including Bafna’s docking simulations using supercomputer facilities at the Rensselaer Center for Computational Innovations, predicting the effect of various hepatitis C drugs on the SARS-CoV-2 Mpro.

In Cell Reports, the team performed protein binding and viral replication studies with the SARS-CoV-2 virus, remdesivir, and 10 hepatitis C drugs, some of which are already approved by the Food and Drug Administration. Seven of the drugs, tested in a secure biocontainment facility at Mount Sinai, inhibit Mpro and suppress the replication of SARS-CoV-2 virus. These studies were enabled by specialized expertise in the laboratories of research collaborators Adolfo García-Sastre and Kris White at Mount Sinai.

But a careful analysis of the data revealed that three hepatitis C drugs were acting not only on Mpro, but also on second viral protease, the papain-like protease, called PLpro. It is this activity that creates the synergy with the polymerase inhibitor remdesivir. These results indicate that PLpro is an important target for future antiviral drug development, especially for virus variants that are resistant to vaccine-generated antibodies.

“The identification of PLpro as an antiviral target that has a synergistic effect with remdesivir is a very important finding. We hope this work will encourage the development of specific SARS-CoV-2 PLpro inhibitors for inclusion in combination therapies with polymerase inhibitors to produce a highly effective antiviral cocktail that will also prevent the rise of resistance mutations,” said Kris White, an assistant professor at Mount Sinai School of Medicine.

Adolfo García-Sastre, professor of virology at Mount Sinai emphasized, “Combined use of remdesivir with an inhibitor of the PLpro for the treatment of COVID-19 would also reduce the possibility of selecting SARS-CoV-2 resistant viruses.”

The studies at CBIS were carried out by Gaetano Montelione and Catherine Royer, professor of biological studies, along with postdoctoral fellows Bafna and Balasubramanian Harish. “These techniques and approaches made it possible to pinpoint the similarity between target molecules and accelerate discovery during a time of pressing need. The research is an excellent example of the benefits that bioinformatics and interdisciplinary biotechnology more broadly can deliver to human health,” said Deepak Vashishth, the director of CBIS.

“Hepatitis C Virus Drugs Which Inhibit the SARS-CoV-2 Papain-Like Protease 2 Synergize with Remdesivir to Suppress Viral Replication in Cell Culture” was published in Cell Reports with support from the National Institutes of Health. At Rensselaer, Montelione was joined by Professor Catherine Royer, as well as Bafna, Harish, Theresa A. Ramelot, and Thomas B. Acton. Adolfo García-Sastre and Kris White led the effort at Mount Sinai with Romel Rosales, Elena Moreno, Thomas Kehrer, and Lisa Miorin. Robert M. Krug contributed from the University of Texas at Austin.