Rensselaer GameFest 2021 To Be Held on May 8 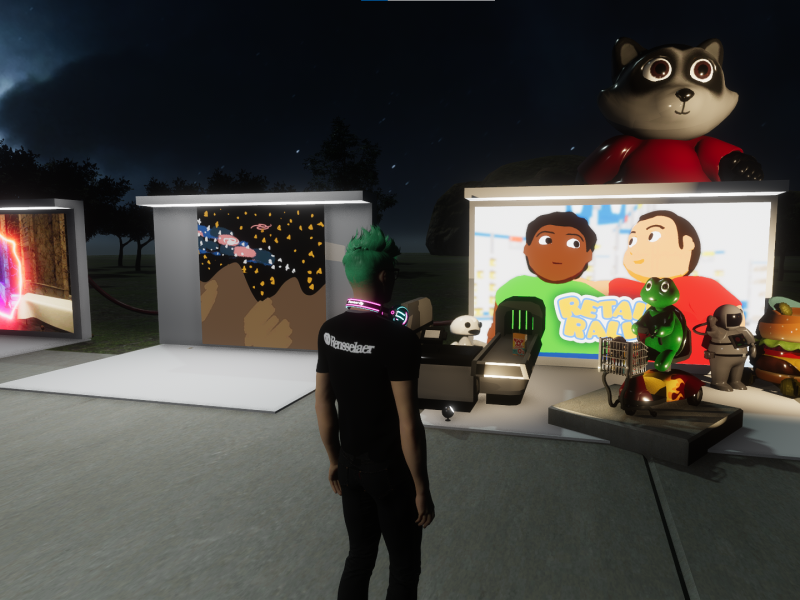 Rensselaer GameFest 2021 To Be Held on May 8

After a successful mid-pandemic shift to an all-remote format last year, GameFest – the digital-gaming festival organized by the Games and Simulation Arts and Sciences (GSAS) program in the School of Humanities, Arts, and Social Sciences at Rensselaer Polytechnic Institute – will again be held completely virtually this year.

GameFest 2021 will take place on Sansar, a multiuser online virtual platform, beginning at 1:30 p.m. on May 8. It will also stream live on YouTube beginning at 2 p.m. A full schedule is available on the GameFest 2021 website. The event is free and open to the public.

“This last year has highlighted all of the meaningful ways that people interact with games and connect with each other through games,” said Ben Chang, a professor of arts and the director of GSAS at Rensselaer. “It's important to have events like GameFest for the students to mark and celebrate what they've accomplished under incredibly challenging circumstances.”

GameFest is supported by the Rensselaer Center of Excellence in Digital Game Development, a program of the Empire State Development's Division of Science, Technology and Innovation (NYSTAR).

The event is also made possible through the support of Vicarious Visions at Blizzard Entertainment, the prominent game development company behind popular titles like Guitar Hero, Tony Hawk, and Crash Bandicoot. Vicarious Visions and GSAS signed a partnership agreement last August that formalized a long-standing relationship between these two industry leaders to foster growth in the digital-games field through the creation of merit-based scholarship awards like the Vicarious Visions Pathfinder Award and community events such as GameFest.

“Vicarious Visions is proud to sponsor GameFest 2021,” said Simon Ebejer, studio head of Vicarious Visions. “It represents our continued commitment to our partnership with RPI and works hand-in-hand with the VV Pathfinder Award. GameFest provides the best and the brightest students with an opportunity to shine by giving them a forum to show off their amazing work. We’re all looking forward to seeing what they come up with this year.”

This year’s keynote speaker is Blake Sloan, a senior imaging pipeline engineer at Marvel Studios. Sloan will discuss the convergence between the worlds of games and cinema.

The event this year will focus on the scholarship of undergraduate and graduate students at Rensselaer. For the first time at GameFest, graduate students in the critical game design program will present their research in an academic-style poster session touching on wide-ranging areas of game design, such as computer graphic technology, games and race, and AI narratives in games.

Twenty-five teams of GSAS undergraduates have submitted their games to the festival and they are available to be played by the general public via the GameFest 2021 website. An Audience Choice award will be given to the game that receives the highest number of votes.

A team of judges from Vicarious Visions will choose the winners of the other award competitions. The best overall entry will win the grand prize of $1,000, while prizes of $500 each will also be awarded for design categories such as technical excellence, artistic excellence, narrative excellence, and innovation.

Winners will be announced in an awards ceremony that will begin at 5 p.m. on the night of the event, followed by a virtual after-party.