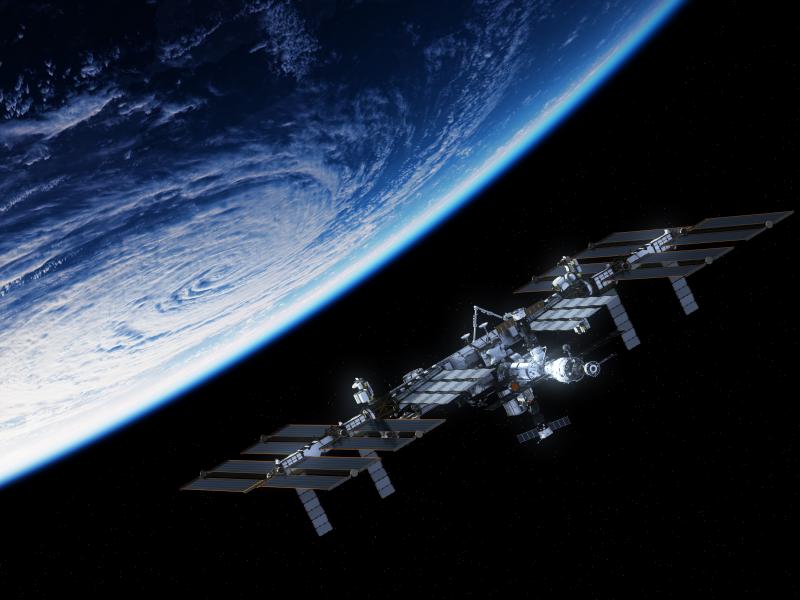 TROY, N.Y. — A novel experiment aimed at studying the mechanics of amyloid fibrils — a type of protein aggregation associated with diseases like diabetes, Alzheimer’s, and Parkinson’s — started today aboard the International Space Station (ISS), led by a team at Rensselaer Polytechnic Institute.

The project was designed by Amir Hirsa, a professor of mechanical, aerospace, and nuclear engineering at Rensselaer and member of the Center for Biotechnology and Interdisciplinary Studies (CBIS). He was looking for a way to study fluid dynamics without interference from the solid walls of a container, which would typically be necessary to hold a fluid being studied on Earth.

The concept, which Hirsa calls a ring-sheared drop, requires a microgravity environment, like the one found in orbit, where surface tension alone can hold a drop of liquid together. This will allow researchers to observe the effects of stress on protein — in this case: insulin.

“We’re trying to understand this particular form of protein aggregation,” Hirsa said. “And we’re trying to remove the complication of wall nucleation.”

The ring-sheared drop hardware — built by NASA and its contractors, and inspired by Hirsa’s concept — includes a syringe that dispenses a large drop of liquid made up of water and dissolved insulin. Once dispensed, the drop attaches to a thin stationary ring on one side of the hardware, and another thin ring on the other side that can rotate. The rotating ring can be spun to shear the protein, significantly accelerating the formation of amyloid fibrils. This approach, researchers said, allows for the modeling of processes that happen within the body.

“One of the big reasons you want to go into microgravity is because, other than bones, there are no truly solid interfaces in the human body,” said Joe Adam, a postdoctoral researcher in Hirsa’s lab. “The surfaces of your cells, your neurons, and your brain, are fluid interfaces. So, if we can get a system that has more of those fluid interfaces, it will help us to understand the science behind these fibrilization processes.”

Researchers first tested this concept aboard the ISS in the summer of 2019, and have since performed further experiments on the ground and in parabolic flights in order to help NASA engineers make significant improvements to the hardware.

“I began some initial designs, changing the geometry of parts of the physical hardware,” said Patrick McMackin, a doctoral candidate in Hirsa’s lab. “From my work, NASA Marshall ended up creating a few different potential solutions for the hardware, and that’s what they tested on their own parabolic flights.”

In addition to hardware improvements, the team also revised the sample formulation of the insulin protein that will be tested on board the ISS. This research continues to be done in partnership with, and with grant support from, NASA’s George C. Marshall Space Flight Center.