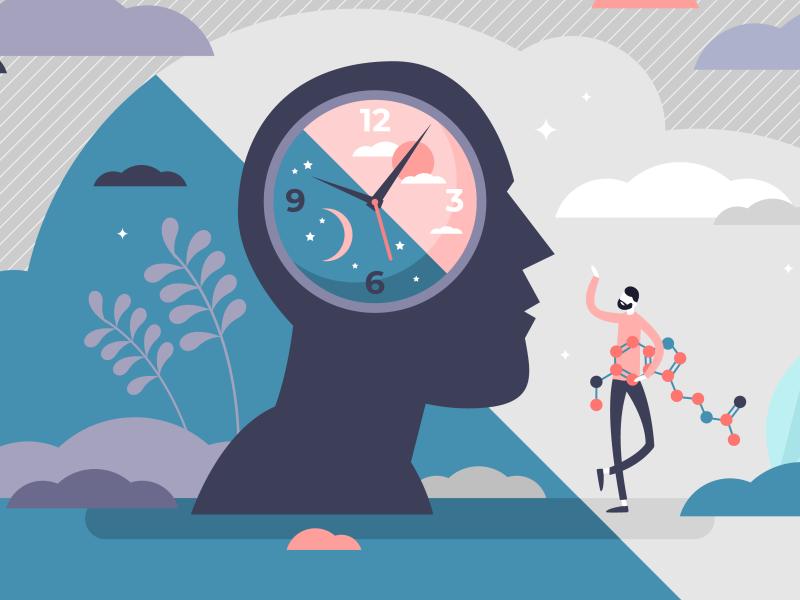 Having challenged the idea that our environment cannot alter our genetically controlled 24-hour sleep-wake cycle, circadian rhythm researcher Jennifer Hurley has embarked on a new project tracing the mechanism between environmental signals and the circadian clock. Starting with the regulation of metabolism, Hurley is searching for points within the vast web of biological control stemming from the circadian clock to find genes that are responsive to environmental signals, such as an excess or dearth of nutrients. This project was recently awarded a prestigious National Science Foundation CAREER award.

“Our goal is to combine in-vivo biological experimentation and big data analytics to identify points at which environmental cues can be used to tune what the clock controls in the body. Metabolism is a great place to start because our clock exerts tight control over metabolism,” said Hurley, the Richard Baruch M.D. Career Development Associate Professor of Biological Sciences at Rensselaer Polytechnic Institute.

The circadian system is comprised of a set of core proteins that anticipate the day/night cycle to enhance health and well-being in an organism by tuning daily oscillations in the levels of a wide range of enzymes and hormones. The circadian clock affects a broad range of physiological parameters, including body temperature and the immune response.

It has long been thought that our biological clock remains constant despite environmental factors, much as a ship’s clock ticks consistently despite the variable rocking of waves. But recent research, including a paper Hurley published in 2017, has upended that picture. These revelations show that factors like aging and pollution can affect the control of the clock over organismal biology, demonstrating that while the clock has pervasive influence over biology, there is greater flexibility in its mechanism than has previously been understood.

“What we’re finding is that while the circadian rhythms are tightly pegged to a 24-hour cycle, what the clock is controlling in the cell changes based on the environment. You can visualize this as a cuckoo clock that always keeps time, but has gears that engage or disengage the cuckoo bird based on the owner’s preference,” said Hurley, who is a member of the Rensselaer Center for Biotechnology and Interdisciplinary Studies.

In collaboration with Rensselaer Institute for Data Exploration and Applications, Hurley developed analytical techniques she will apply to biological big data to trace the relationship between the environment and the circadian system through work on the fungus and circadian model system Neurospora crassa. In an example of this phenomena, Hurley and her team gathered data on the activity of genes in Neurospora over two days and developed analytical methods allowing them to search for patterns in the activity of the genes. Their analysis showed that the patterns of certain environmentally responsive genes could predict the patterns of other clock-controlled genes, indicating a link.

Hurley’s newly funded CAREER award from the NSF will allow for the expansion of the use of these analytics to a broader dataset, by creating methods to search for clusters of genes affected by experimental changes in metabolism.

“We’re hypothesizing that we can use our analytical tools to identify metabolic reprogramming of genes that control physiological changes in a cell,” Hurley said. “An understanding of how this process works will allow us to understand how metabolism, and other environmental factors, can influence what the circadian clock controls.”

“It is important that we understand how environmental factors influence circadian-controlled biology in a variety of organisms, ranging from Neurospora to humans. This large-scale undertaking establishes a new model for such research,” said Curt Breneman, dean of the Rensselaer School of Science. “I expect that Professor Hurley’s findings will be highly influential, and illuminate new pathways of research in this emerging field.”

“CAREER: A Systems Biology Approach to Determine How Information from the Cellular Environment is Transduced to the Circadian Clock Managing Division” is funded with an $817,000 grant from the National Science Foundation.